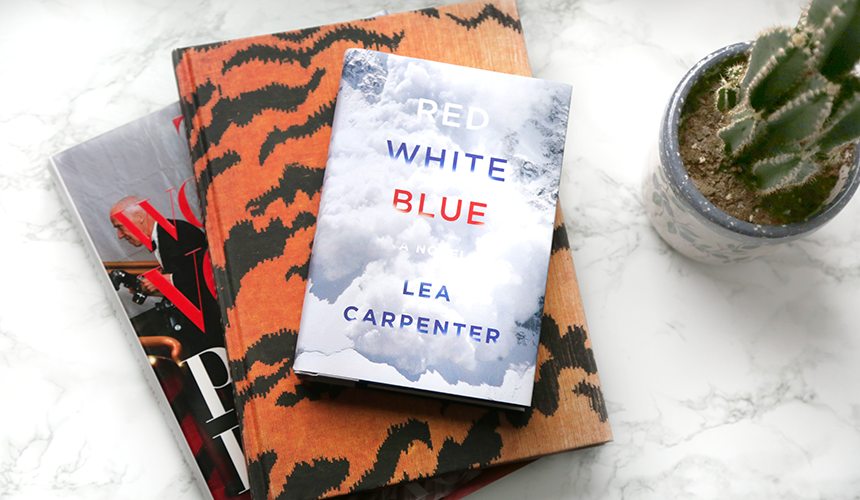 This September we celebrated the launch of our friend, Lea Carpenter’s second novel, Red, White, and Blue at our Madison Avenue store in New York. A tale of espionage, love, and loyalty, Lea’s prose grab you from the very first sentence and hold you long past the last. Get to know more about Lea and her life as a writer below and be sure to pick up Red, White, and Blue! We promise you won’t be able to put it down.

What inspired you to write Red, White, and Blue?

After writing my first novel, Eleven Days, which was set in the special operations community, a few friends within the intelligence community approached me about writing on that subject. I went to Langley. I did some research. I thought I might be able to look at that world differently. And of course, my father had died, and he had served in military intelligence, he loved spy stories, he loved Bond. Maybe writing this story was a way to think about parts of his life, too.

Is there an autobiographical component to Red, White, and Blue?

In the afterward you mention that you were given no classified information to write this novel. Tell us about your experience doing research for this project.

Research is always the best part. I met extraordinary people. I listened. I tried to understand the history of CIA which, after all, is quite a young organization. I tried to look at its post 9/11 period then also try to take the long view, really see what the essence of espionage is. Espionage is intimacy. Espionage is the art of cultivating intimate relationships, and trust. That struck me as universal.

Why do you think so few women write about espionage?

I think it might simply be a question of supply and demand. Maybe women are not demanding espionage. Or maybe it’s a self-fulfilling prophecy. There is no reason espionage, or any other genre, should be considered “male.” Though Le Carre is of course the master.

For me, it is easier to think of writers I admire who happen to be women, then consider their female characters. Jane Austen. Joan Didion. Hilary Mantel. Not a literary protagonist, but I loved Maya in Kathryn Bigelow’s Zero Dark Thirty.

How do you overcome writers block?

I procrastinate so endlessly that by the time I actually sit down to write I sort of can’t afford to be blocked. But on days when I feel despair about not wanting to write, reading is always a good antidote. Or something physical, like cooking.

What advice do you have to aspiring writers?

If the joy in the work is there it will carry you through the challenges. And, turn your phone off.

Craig Brown’s Ninety-Nine Glimpses of Princess Margaret. Ronen Bergman’s Rise and Kill First. Di Lampedusa’s The Leopard. The last book I read, Waiting for Eden by Elliot Ackerman, is heartbreaking, beautiful, and can be read in one sitting. It should be next on everyone else’s list.