We are honored to support The Shoebox Project for Shelters as part of our ongoing #VBGIVESBACK program and will be donating $10 of every VeronicaBeard.com order in April to the cause. Learn more about co-founder Caroline Mulroney Lapham in the interview below. 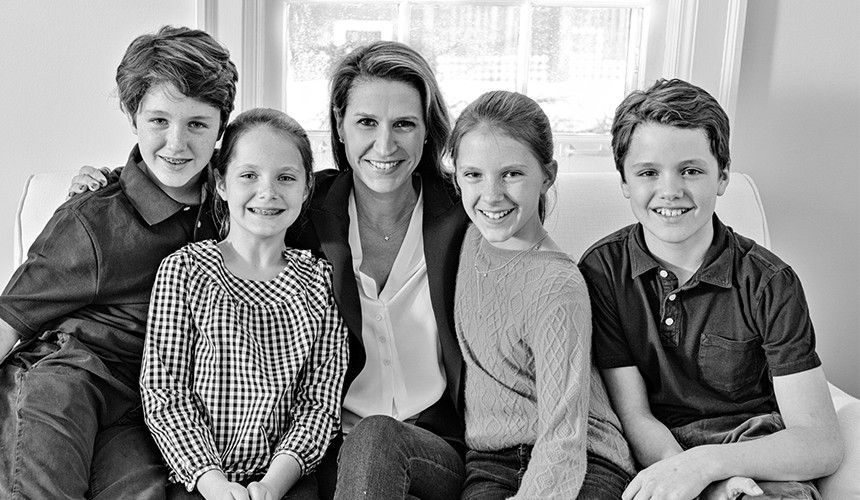 For Caroline Mulroney Lapham, The Shoebox Project for Shelters has always been a family affair. Together with her sisters-in-law, she helped launch a hands-on program delivering shoe boxes filled with “little luxuries” and hand written notes to women living in homeless shelters throughout Toronto. With over 217,000 women homeless in the United States on any given night, Caroline and her sisters knew the program could reach so many more women and have a lasting impact.

How did your father’s role as Prime Minister of Canada impact your desire to give back?

It created the foundation for my understanding of how people should behave in their communities. I watched as my father dedicated part of his life to implementing his vision for what Canada and Canadians needed for the future. His public service inspired me then and it continues to inspire me. As a child and a teenager, I got the chance to travel across the country and meet so many people, and I learned that despite our differences, we are all the same.

What inspired you to start The Shoebox Project for Shelters?

The idea of giving gifts in shoeboxes to women living in shelters came from my sister-in-law Jessica, whose mother had started a similar initiative with her friends in Montreal. Jessica suggested we do the same thing for a shelter in Toronto, and the project just took off!

I loved the idea from the start because it provides a very easy, hands-on way of giving back. It gave me a chance to feel more connected to my community, and especially to people with whom I would not likely come into contact naturally in my daily life.

Also, at the time, my children were very young and this was an opportunity to teach them about both the issue of homelessness and the experience of giving back.They have been making Shoeboxes and delivering them to shelters every year since, and I think it has provided them with a broader understanding of our community and has helped foster empathy and compassion for people in need. 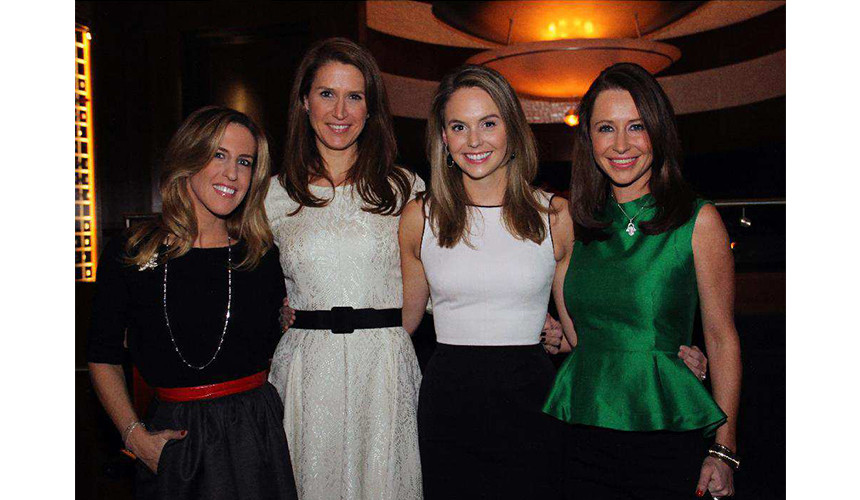 Caroline with her sisters-in-law, Vanessa, Katy and Jessica.

What makes these boxes special?

In many cases, a Shoebox is the only gift that a woman in a shelter will receive. These unexpected little luxuries create a moment of joy for a woman who is experiencing a time of great difficulty. The most meaningful part is often the handwritten note that is included. The words on the card create a connection between the unknown person who created the gift and the woman who received it. They let her know that she is a valued member of her community. Shoebox recipients are often astonished at the amount of time and care that our donors put into their gifts.

The boxes are also special for the people who create them. A new lipstick or nail polish, a small trinket or a nice piece of chocolate, is fun for any woman to receive, no matter what her circumstances or living conditions. Our donors really love the experience of picking out special items, decorating the gift and getting creative with it.

Tell us about your first experience making Shoeboxes for shelters in Toronto?

At first it was daunting. We asked our friends to make 156 boxes for the women of one shelter in downtown Toronto.A few days before our deadline, we were not even close to our goal and we started to panic!

And then, all of a sudden, they started pouring in – from our friends and our friends’ friends! On delivery day, we had to rent a cube van to take all of them to the shelter. Once the 156 gifts were dropped off, we started calling around looking for other shelters to accept the rest of the Shoeboxes! That day, we donated almost 400 gifts to four Toronto women’s shelters. 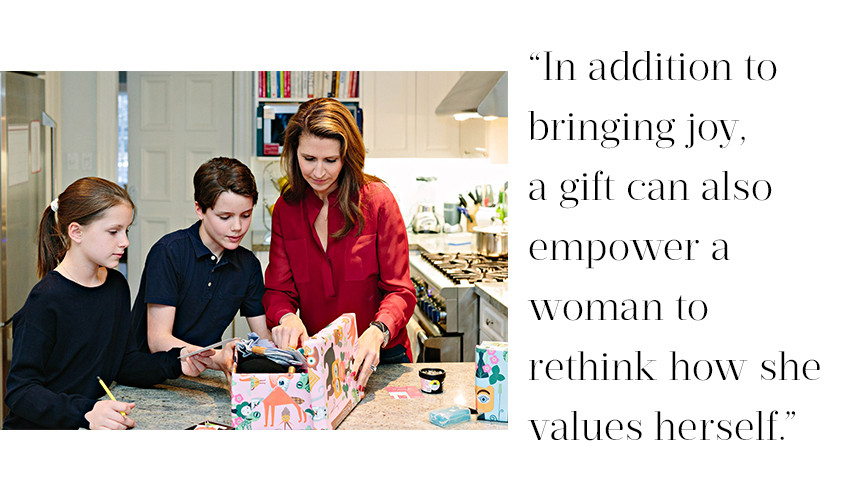 Why did you want to target women’s shelters?

In the first year,we had learned that there are many wonderful gift drives benefitingchildren in need, but at the time, there were none supporting women.Then we realized that most of the people creating and donating Shoeboxesare women themselves, so it really is a “women for women” kind ofproject.

The need is great. On any given night in the US, thereare over 217,000 women experiencing homelessness, plus thousands morewho are considered housed, but are living in very unstable or unsafeconditions.

There are also certain challenges andvulnerabilities that are unique to women experiencing homelessness thatwe wanted to raise awareness of in our communities. Approximately one infour homeless women report that they are homeless mainly because oftheir experience with violence, and about 92% of homeless mothers haveexperienced severe physical and/or sexual abuse in their lifetime. 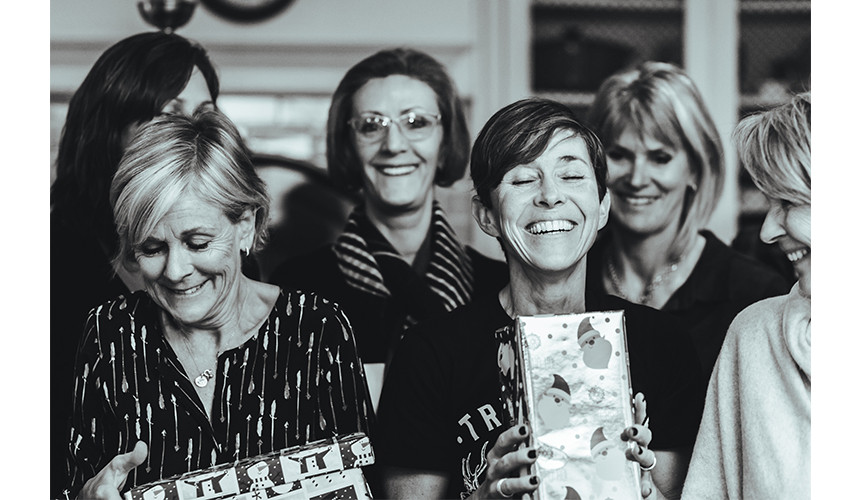 How have you seen this project empower women living in shelters?

In addition to bringing joy, a gift can also empower a woman to rethink how she values herself.One recipient, who was living in a shelter because she had a substance abuse problem, had saved the box she received at Christmas, including the card and the bag of candy that had been included. Two months later, after she had relapsed, she said that she picked up the card again. As she sat on the bed in the shelter, she ate the candy and read the message on the card.She told us that she had been feeling like a “failure,” that she was lost and felt alone. The message in the card and the Shoebox itself reminded her that she mattered and gave her strength.

What has it been like to see The Shoebox Project grow in recent years?

Overwhelming, heartwarming, exciting! I never thought this small family activity would grow into what it is today. In our second year, we set our dream goal at distributing a gift to every woman in every shelter in Canada.I had found that there were 11,000 shelter beds at that time.

Last year, we donated 36,690 gifts to 537 partner shelters and women’s organizations in 252 communities across Canada and the US.

What are you most excited for in the future?

I am excited to grow The Shoebox Project in the US. Last Fall, we officially became a 501(c)(3) public charity in the US, and began recruiting volunteers to operate Shoebox gift drives in underserved communities. We now have active local chapters in major cities like New York, Chicago, Washington and Detroit and have recently expanded to areas of Florida, California and South Carolina. We can’t wait to see how these communities and others come together in support of local women in need.

How can people get involved with The Shoebox Project in their local communities?

The majority of our local chapters only operate Shoebox gift drives during the holiday season, but there are many other ways to get involved throughout the year.We encourage people to visit our website at www.shoeboxproject.com for information on what’s going on in their local region or on starting a local chapter in their own city. Supporters can also make a tax-exempt donation through our website, which will help us considerably to expand into new territories and ultimately deliver gifts of joy to more and more women. 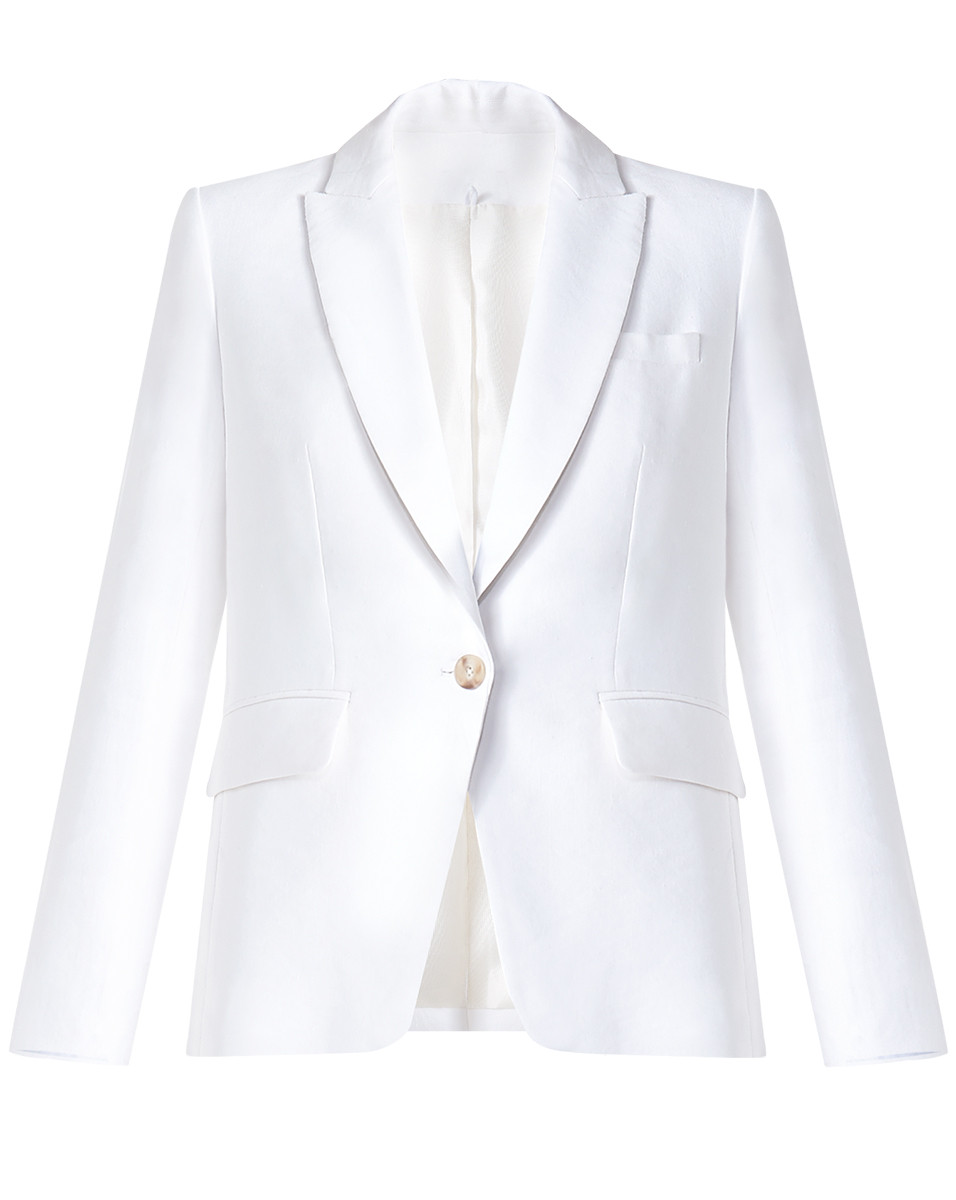 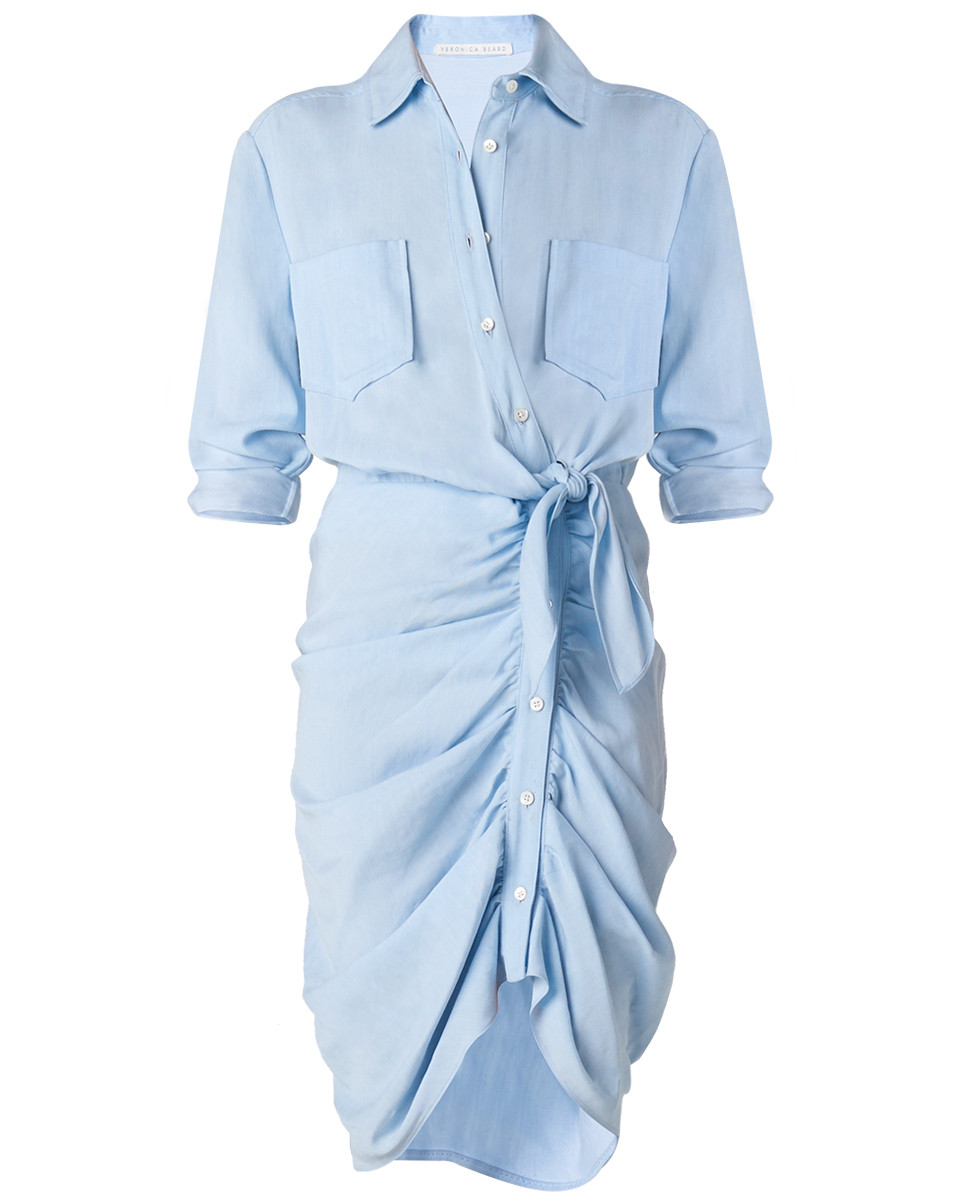 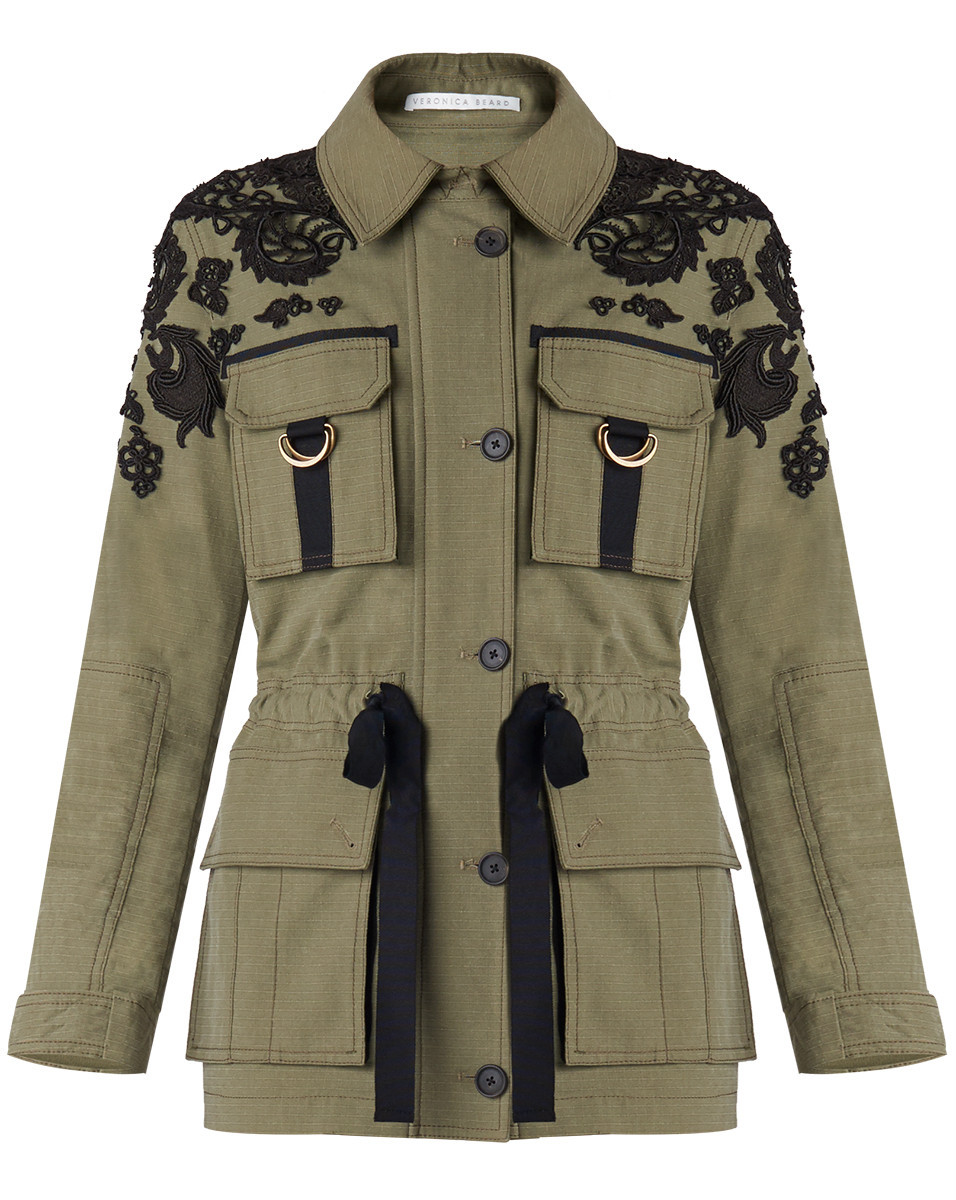 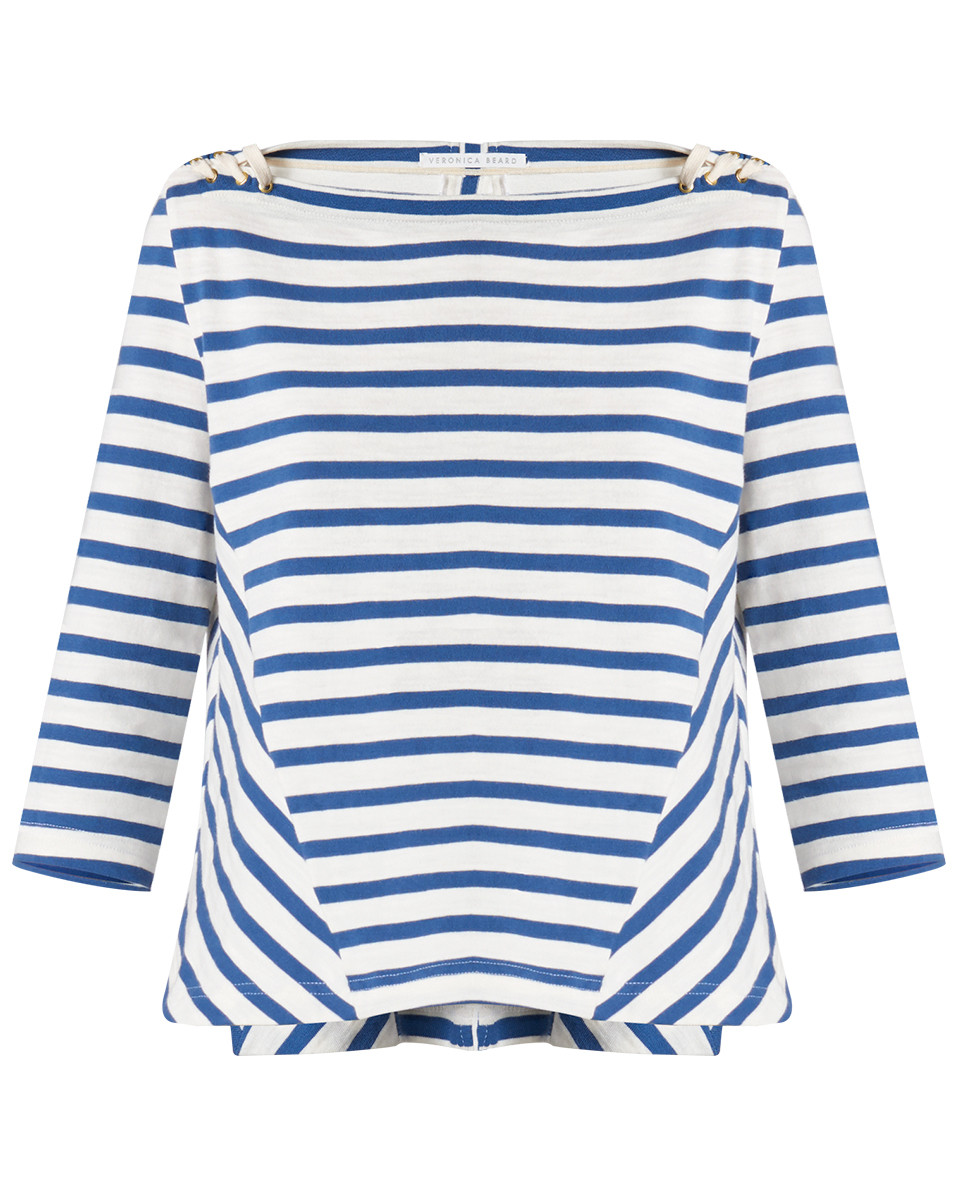