We are honored to support UNICEF Next Generation as part of our ongoing #VBGIVESBACK program and will be donating $10 of every VeronicaBeard.com order from March 1 to March 31, 2017 to the cause. Learn more about Founding Chair, Jenna Bush Hager in the interview below.* 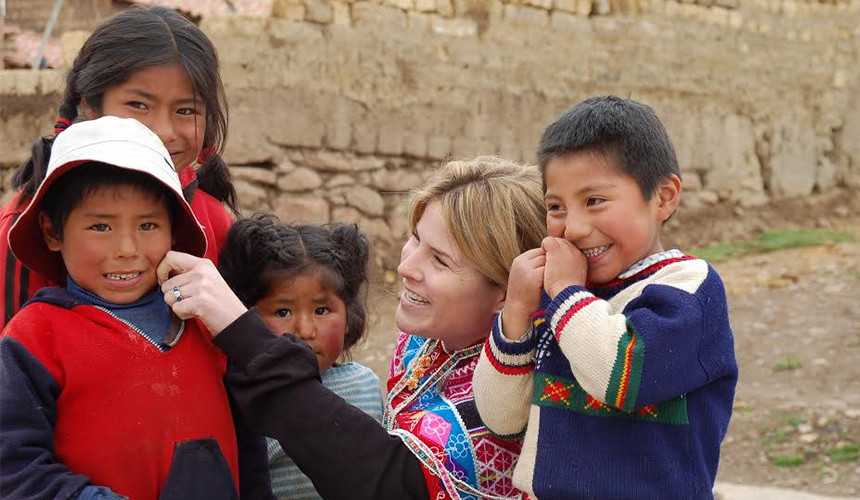 From a young age, Jenna Bush Hager was inspired to give back. She watched her parents and grandparents volunteer in their local communities and had the opportunity to travel throughout the world with her parents, former President George W. Bush and former First Lady Laura Bush, during their time in the White House. After spending time interning for UNICEF in 2007, she returned to the United States feeling inspired and eager to get her generation involved in the organization's projects focused on preventable childhood deaths. She started UNICEF Next Generation (NextGen) as a way to get people under 40 working with this incredible organization.Since 1990, UNICEF's programs have helped reduce the number of child deaths by more than 50%.

How did your upbringing impact your desire to give back?

From the time I was a little girl I watched both my grandparents and parents give back. They never explicitly told us how we should contribute rather they led by example. On Saturday morning I watched as my dad would wake up and build houses for Habitat for Humanity. He never said anything he just acted.

Similarly, my mom has dedicated her life to giving back.When I was in high school she took me to the Austin Children’s Shelter for kids who had been abused and neglected. She didn’t tell me that I should volunteer she just took me to a place she knew I would be inspired by. I ended up spending every Sunday of my junior and senior years of high school volunteering with the kids. It changed the way I thought about education and the trajectory of my career.

Is there an experience from your time in the White House that stands out?

One of the best gifts my parents ever gave my sister Barbara and me was inviting us on their travels when they were president and first lady. They not only brought us into the world but they also exposed us to incredible places like Africa.We visited areas where people lined the dusty streets hoping to gain access to antiretroviral drugs—HIV medicine—that would go onto save their lives. It was eye opening experiences like these that will forever stand out.

What inspired you to first get involved with UNICEF?

After teaching for two years in Washington DC I was inspired by my students, many of whom emigrated from Latin America, to learn more about their cultures and the places they had once called home. Because UNICEF is the leading organization for children in the world it seemed like a natural fit. So in the fall of 2007 I moved to Latin America to intern for the Education Policy Department of UNICEF. 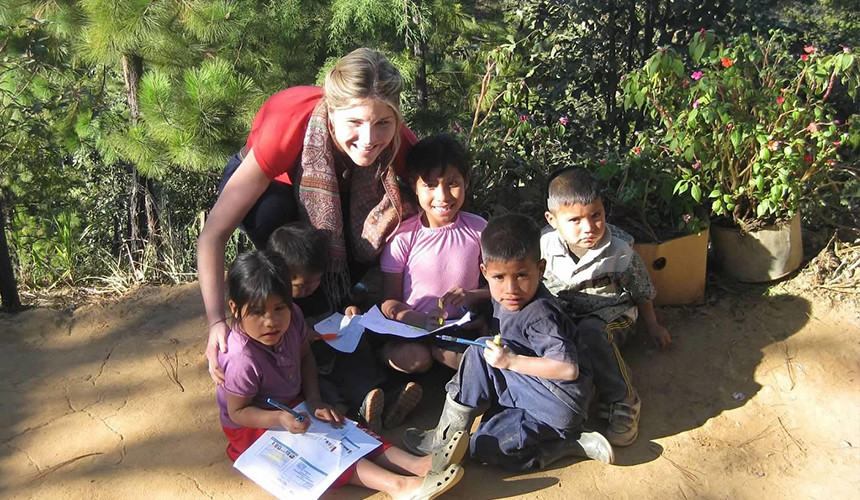 How does UNICEF work to reduce preventable childhood deaths?

UNICEF is globally recognized for putting the most effective and innovative ideas to work for children in more than 190 countries and territories around the world. Since 1990, UNICEF's programs have helped reduce the number of child deaths by more than 50%.

There is no reason any child should die from preventable and treatable causes. UNICEF is working tirelessly every day to get us one step closer to the day when all children can have safe and healthy childhoods.

Is there a moment that stands out from your early work with UNICEF?

My job for UNICEF was to do what I basically do now for NBC. I traveled around Latin America and the Caribbean documenting the lives of children, their mothers, and the UNICEF supported programs that help them lead healthier, happier lives. At a UNICEF conference for women and children living with HIV/AIDS, I met one of the most influential young leaders of my life. At the time, Ana was only seventeen years old but she had lived a very difficult life. At birth she was infected with HIV/AIDS and her mom, dad, and sister had all died by the time she was in the sixth grade. She was abused and abandoned by the people she trusted the most. At the age of sixteen she was forced to dropout of school after giving birth to her daughter Beatrice.I was so inspired by Ana’s willingness to share her story that I went on to write Ana’s Story: A Journey of Hope.

Where did the idea for UNICEF NextGen come from?

When I returned from Latin America and my husband and I got engaged, I realized I wanted to stay involved with UNICEF in the United States. Casey Rotter, one of the co-founders of UNICEF NextGen, and I studied the average age of donors to UNICEF. In doing this, we realized our generation was left out. I knew from my friends that this was not a case of not wanting to be active. So, we started UNICEF NextGen, a group of thirty of us under forty, to get our generation involved with UNICEF’s life saving work.

What are the goals of the NextGen program?

UNICEF Next Generation is a global network of young leaders, entrepreneurs and innovators in their 20s and 30s who commit their resources, resolve and enthusiasm toward supporting UNICEF’s lifesaving work for children. NextGen’s main goal is to engage younger generations in support of UNICEF’s work.

NextGen members study issues that affect children around the world and choose UNICEF projects to support through education, advocacy, skill sharing, remote volunteering and fundraising. NextGen cultivates a wonderful community of young leaders who mobilize their peers, colleagues, families and networks to join them as advocates for children and global citizens.

Now as a mom, how has your view of the work you’re doing with UNICEF changed?

Becoming a mom to my daughters Mila and Poppy changed everything for me. I now truly understand the pain of the mothers I met through UNICEF—women who have lost their kids to preventable causes. These moms have taught me that all mothers want the same things for their kids; the chance to live happy, healthy lives. 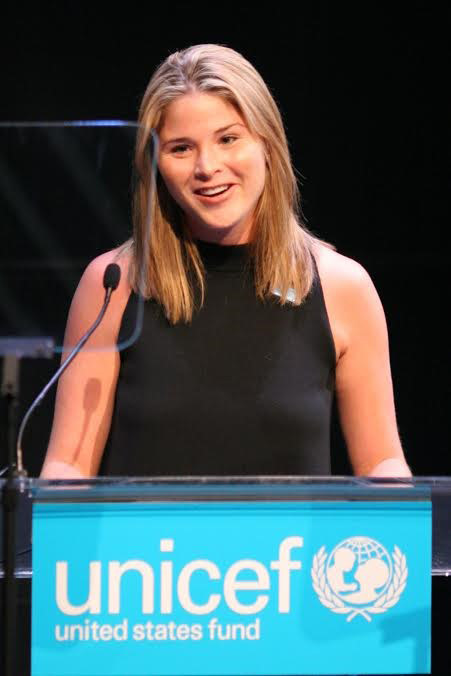 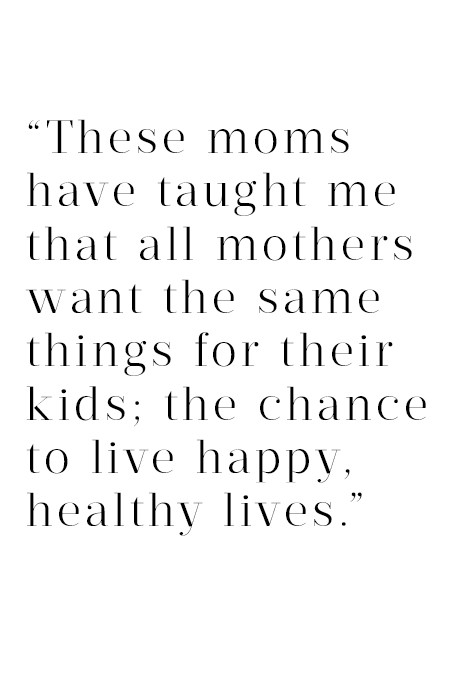 What issues is UNICEF Next Generation currently focused on?

NextGen is currently funding two projects. The first is a fund to support UNICEF’s emergency relief efforts for the world’s most vulnerable children. Around the world today, nearly 50 million children have been uprooted from their homes – 28 million of whom have been forcibly displaced by conflict and violence, and millions more migrating in the hope of finding a better, safer life. From Syria to Yemen and Iraq, from South Sudan to Nigeria, children are under attack, being injured and killed in their homes, in schools, in hospitals and on playgrounds. By no fault of their own, their hopes and futures are hanging in balance. No matter who they are or where they are from, UNICEF does whatever it takes to save and protect the world’s most vulnerable children, andNextGen funding will help UNICEF support children wherever the need is greatest.

In addition to supporting UNICEF’s emergency relief efforts around the world, NextGen also funds UNICEF’s Violence Interruption Program in Jamaica. UNICEF works with partners on the ground, including Eve for Life and EduSport, to not only prevent violence, but also to provide opportunities for children so that they are not drawn into street violence. I have traveled to Jamaica with UNICEF to see firsthand the programs to end violence and protect children, and I am so proud of what NextGen has been able to help accomplish.

NextGen also recently supported a project to help children affected by the conflict in Syria. After nearly six years of conflict, Syrians are facing the largest humanitarian crisis in the world. Some 13.5 million people are in need of urgent life-saving assistance, including 6 million children. UNICEF has been on the ground in Aleppo, throughout Syria and in surrounding countries since the beginning of this conflict and is committed to supporting Syrian children for as long as it takes.

How can people get involved in UNICEF Next Generation?

There are so many ways to get involved in UNICEF Next Gen. Becoming a member is as easy as signing up for a monthly donation of $20 on the NextGen website. Members have various levels of commitment and can choose to take on leadership roles. For example, they can apply to be a Steering Committee member in New York, Los Angeles, Chicago or Atlanta. The Steering Committee serves as a board for the regional NextGen community, managing large-scale events, advocacy efforts, pop-up talks, speaker series, thought clubs, dance and do-good fundraisers and much more.

With the support of the U.S. Fund for UNICEF, NextGen also hosts a number of events, such as the NextGen Art Parties and the UNICEF Masquerade Ball in LA, that are open to the public and a great introduction to NextGen’s work. For more information about Nextgen, visit www.unicefusa.org/nextgen or contact [email protected]. 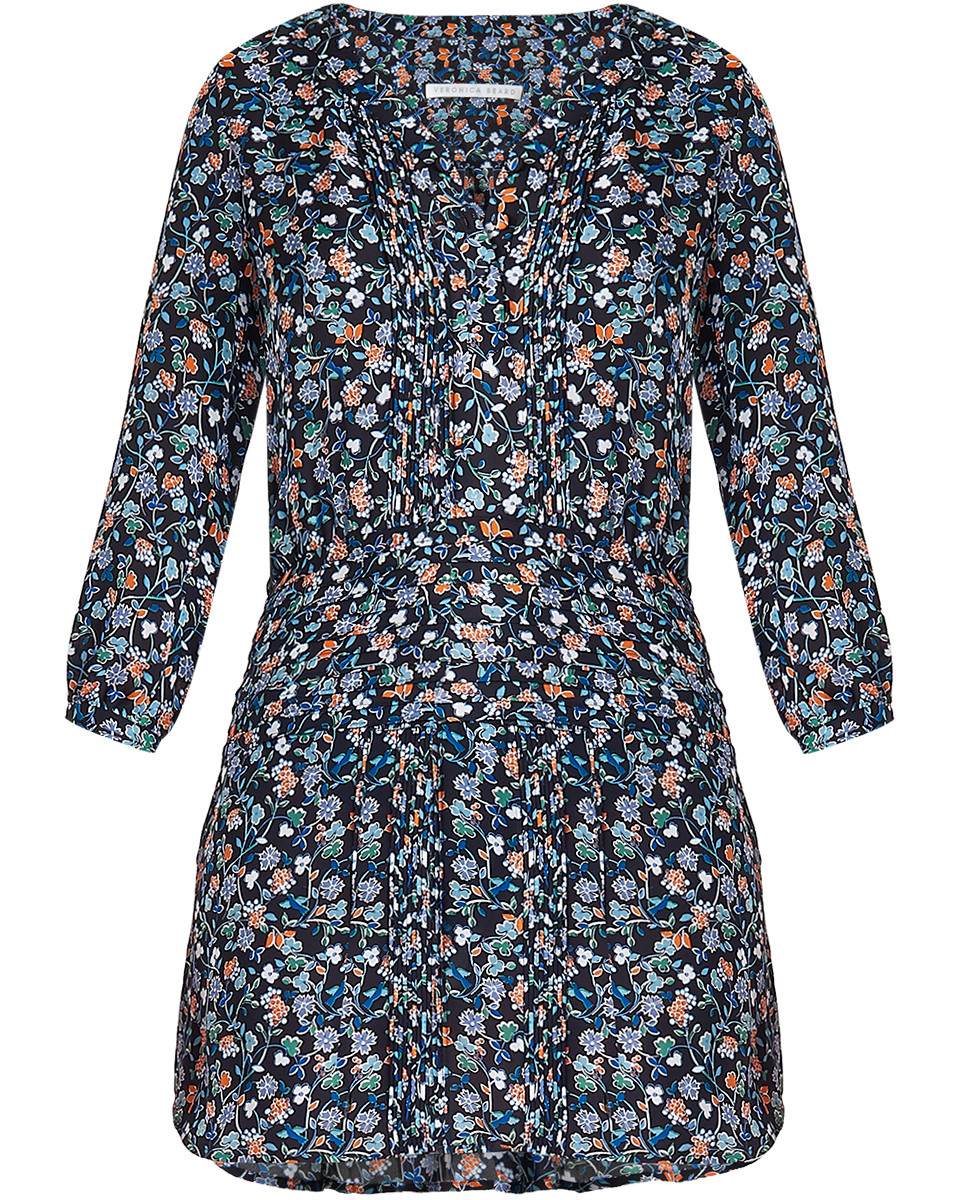 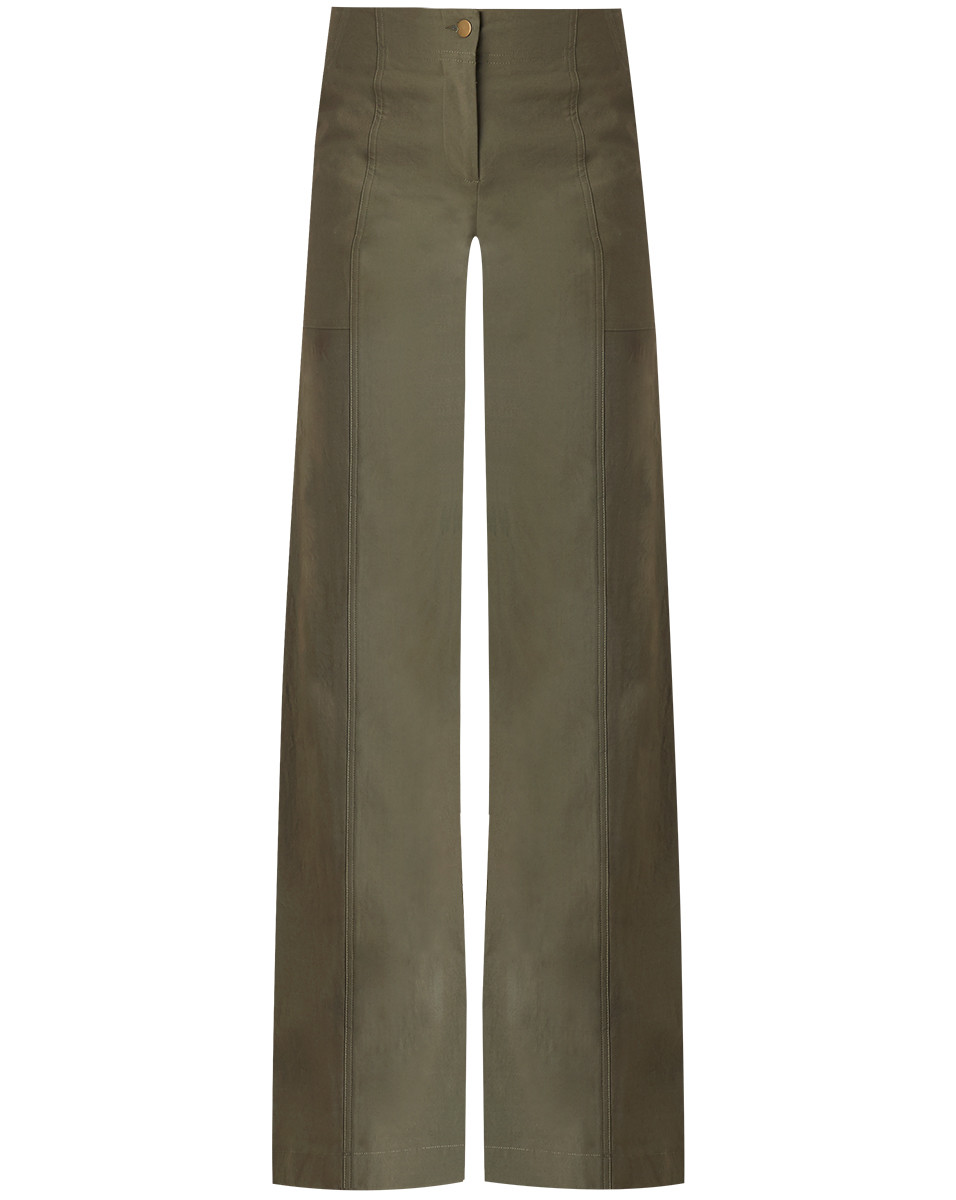 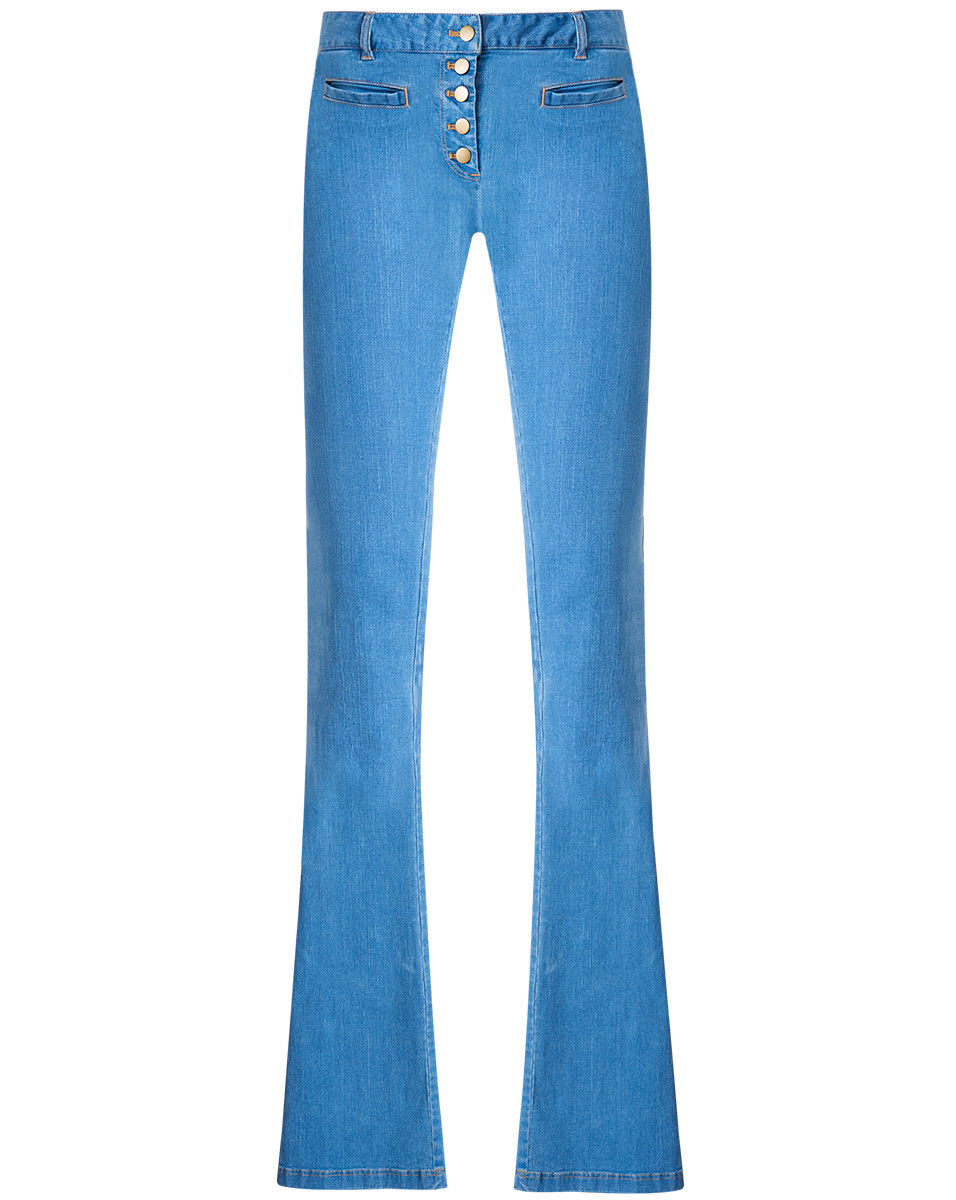 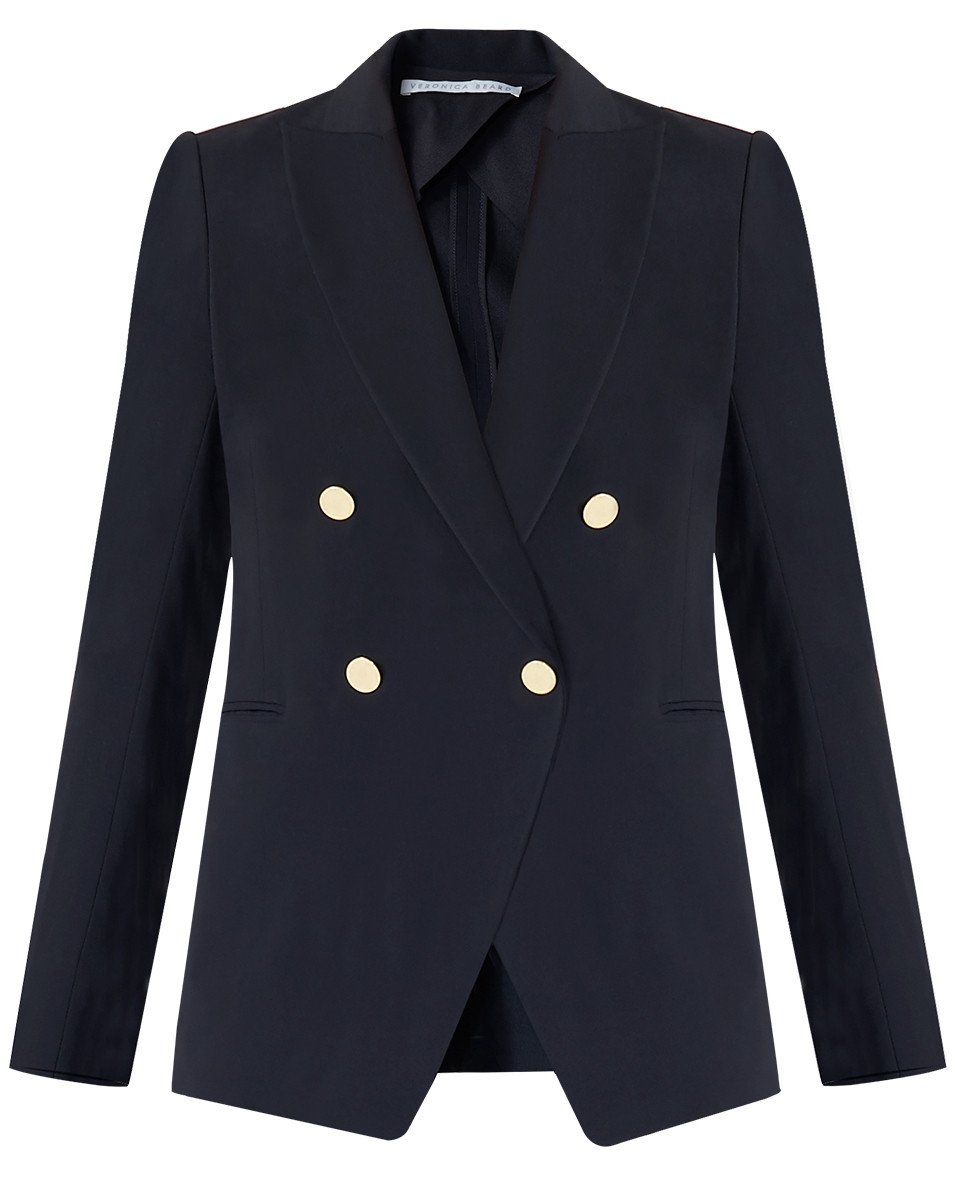 Shop the Look
Shop the Look: Apollo Blazer
*The U.S. Fund for UNICEF does not endorse any brand or product. No portion of the purchase price is tax-deductible.
Labels:VBGivesBack,UnicefNextGen,JennaBushHager,