We are honored to support Red Sneakers for Oakley and founder Merrill Debbs as part of our ongoing #VBGIVESBACK program and will be donating $10 of every VeronicaBeard.com order in February to the cause. 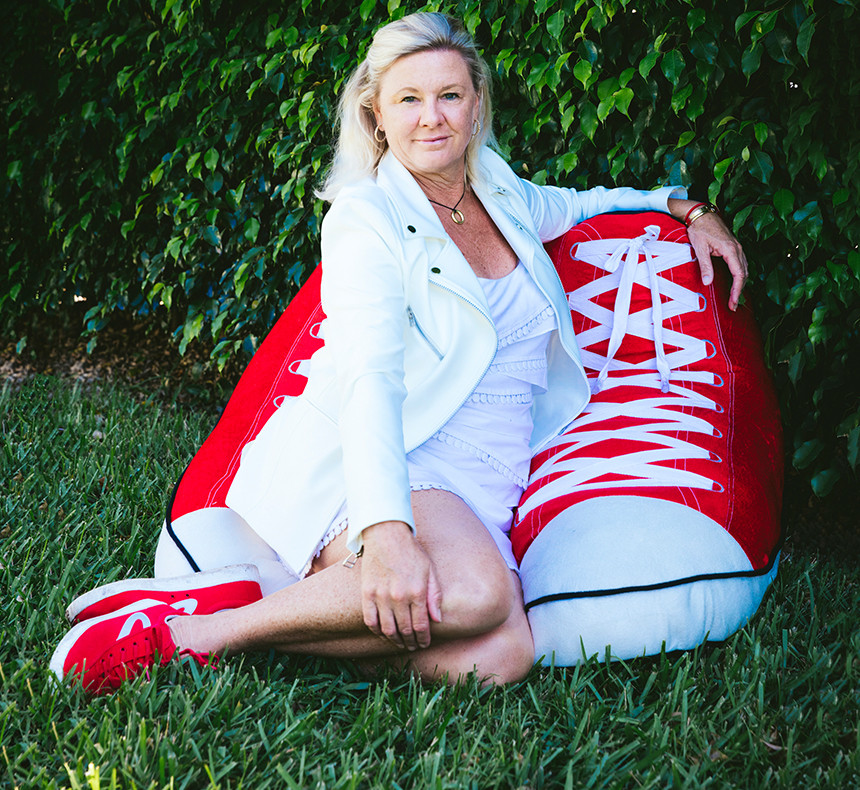 For any parent, there is nothing more unimaginable than the loss of a child. Merrill Debbs’ 11-year-old son Oakley had tested positive to a mild tree nut and peanut allergy at a young age, but his health care focus had always been on his asthma. On November 23, 2016, he lost his life after a reaction to a walnut caused him to go into anaphylactic shock.

Merrill has courageously made it her mission to educate parents and raise awareness about nut allergies through the Red Sneakers for Oakley (being created in Oakley’s memory) and about Food Allergy Research & Education (FARE) the largest patient advocacy group working on behalf of the entire food allergy community. There are 15 million people living with food allergies in the US today, including an estimated 1 in 13 children. That’s an average of 2 kids in every classroom. She has shared her story on a national platform and hopes that her work will not only bring about a greater understanding of this allergy epidemic, but will also help to save lives.

Tell us about your son, Oakley…

Oakley was an all-American kid. He was blonde haired, blue eyed, he loved being surrounded by his friends and twin sister, Olivia. He was always the leader of the pack. He was one of those kids who was a total go-getter, super athletic and a complete sweetheart.

When he was a little boy, we went to three different allergists and testing found he had a mild peanut and tree nut allergy, but anytime he had a health issue, it always seemed to be asthma based. When Oakley had an asthma attack, we had a plan of action and it always worked like a dream. We had no idea that allergies can change and mutate over time, especially in growing children. 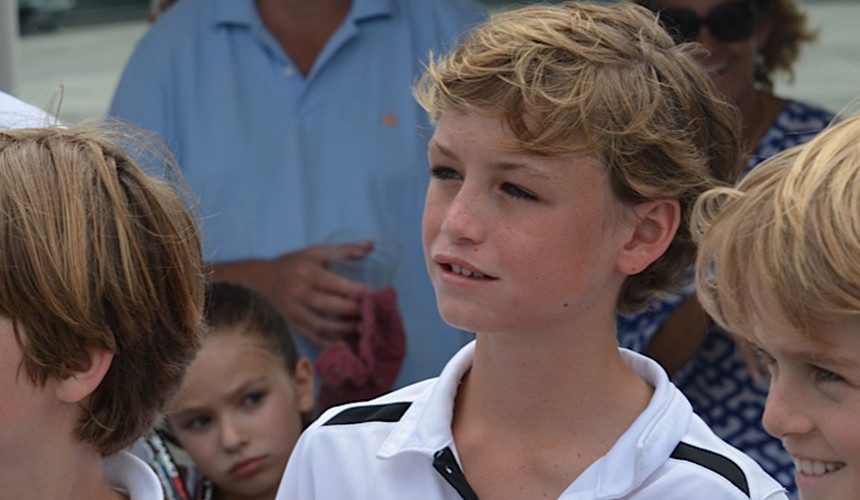 What do you wish you would’ve known about allergic reactions?

In the past when Oakley had a reaction to peanuts or walnuts we had given him a Benadryl and he was always fine. I knew all about his asthma, I had bins of asthma medication, but I had no idea how to deal with anaphylactic shock.

Benadryl typically works for the allergic reaction, with what you see on the outside: blisters, hives, a runny nose, itchy and red eyes. Anaphylactic shock on the other hand can happen inside the body and you may not immediately recognize it . For some, it happens quickly after eating and for others, like Oakley, it can be a delayed reaction.

Almost two hours after he consumed the nut, he took his last breath. It started with a blister on his lip that cleared up after a dose of Benadryl, but then came a tummy ache and vomiting. It all happened so quickly and that is where an epinephrine auto-injector (EpiPen, Adrenaclick, etc.)is so important. We learned we should have used the EpiPenmuch earlier.Even if you see a blister and you think a Benadryl will work, you don’t know what is going on inside the body. Don’t assume a physical reaction is all that is happening: use the EpiPen and dial 911.

Why is it important to keep epinephrine auto-injectors affordable and accessible?

When Mylan raised the price of the EpiPen to over $600 it became impossible for families to afford this lifesaving drug. The cost is such a huge issue, especially because some insurance companies won’t cover the EpiPen.

CVS recently announced a generic auto-injector that will sell at $109.99 for a two-pack and many can get this for as low as $9.99 with a coupon from your doctor. A lot of the people who depend on the EpiPen are children and it’s a shame that the prices have become a barrier to something that can save their lives. 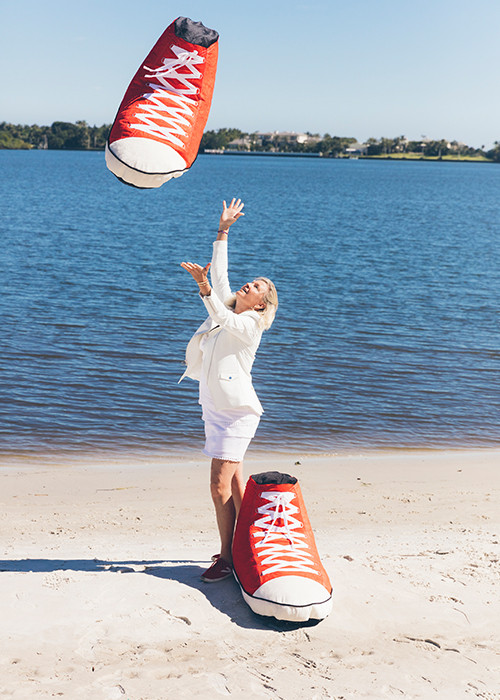 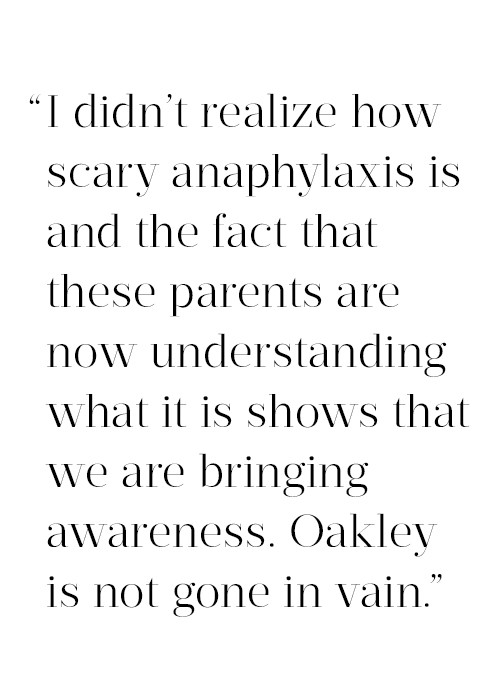 What are the changes you would like to see in your community and incommunities around the globe when it comes to dealing with foodallergies?

Education is step one. We need a more knowledgeable andaggressive medical community surrounding allergies. Allergists shouldregularly review epinephrine management with families and ensure thateach child has a written emergency care plan that addresses what to doin case of anaphylaxis . This is something that wasn’t done with us inSouth Florida. We were in the allergy world since Oakley was three andthe conversation was always focused on his asthma.

What is being done to raise awareness for food allergies?

There are organizations out there that are working on behalf of the food allergy community. The largest is Food Allergy Research and Education (FARE).FARE’s mission is to improve the quality of life and health of allindividuals with food allergy and to provide them hope through thepromise of new treatments. FARE is heavily involved in advocating atboth the state and federal level for accessible and affordableepinephrine. They provide online and in-person education about livingwith and managing food allergies. Their Annual Food Allergy Conferenceis coming up in April in San Antonio, TX and their annual Teen Summitwill be held in November in Southern California. FARE also hasprogramming to train educators and food service personnel at both theK-12 and college level.

FARE is also the largest private funderof food allergy research, having invested more than $90 million dollarsto advance new treatments and better understand why food allergy is agrowing epidemic. Their website, foodallergy.org, is a tremendousresource for anyone dealing with a food allergy. I think we’ve come along way in the U.S. in terms of food allergy awareness, but it’s clearfrom what happened to our family that we have so much more to do. I’mgrateful there are organizations like FARE that are doing so much toeducate food allergy families at every stage in their life and to trainpeople like teachers, restaurant workers and college staff about thelife-threatening nature of food allergies.

Tell us about your new organization, Red Sneakers for Oakley, established in Oakley’s memory…

Oakley lived in his red sneakers. He had a pair for every sport and from every brand. Our hope is to use this symbol and Red Sneakers for Oakley to tell his story while also bringing greater awareness, education, and research to the world of food allergies.

We want to see red sneakers on menus, on food labels, on anything that can contain a nut. We want people to understand the importance of the red sneaker the way they recognize the pink ribbon for breast cancer. My goal is really focused around nut allergies, but I recognize that we are just one drop in the bucket of food allergies. 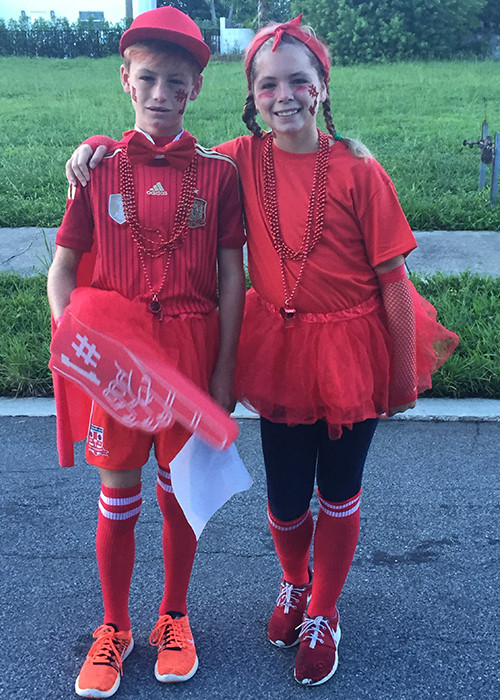 Oakley and his twin sister, Olivia.

What are your goals and focus going forward?

Food allergies are an epidemic, it’s not going away and people need to learn more about it. Our goal is to give these allergies the respect they deserve. We want to bring awareness to food allergies, increase the understanding of anaphylactic shock, push for education around how to treat these allergies, advocate for affordable and accessible medications, and press for research in the biotech world.

You’ve shared your story with the world, what has the reaction been?

People write in all the time, telling us their stories, what they’ve learned. I get a letter at least once a week sharing how my story has saved another child’s life. Just the other day I received a note from a parent thanking me for sharing our story after his 23-month-old son went into anaphylactic shock and he used an epinephrine auto-injector to save his life.

Hearing from others helps with my family’s healing and pain. It helps to know we can make a difference and that other children and families do not experience what we’re going through. You don’t want to be in our shoes, you don’t want the loss of a child. I didn’t realize how scary anaphylaxis is and the fact that these parents are now understanding what it is shows that we are bringing awareness. Oakley is not gone in vain. 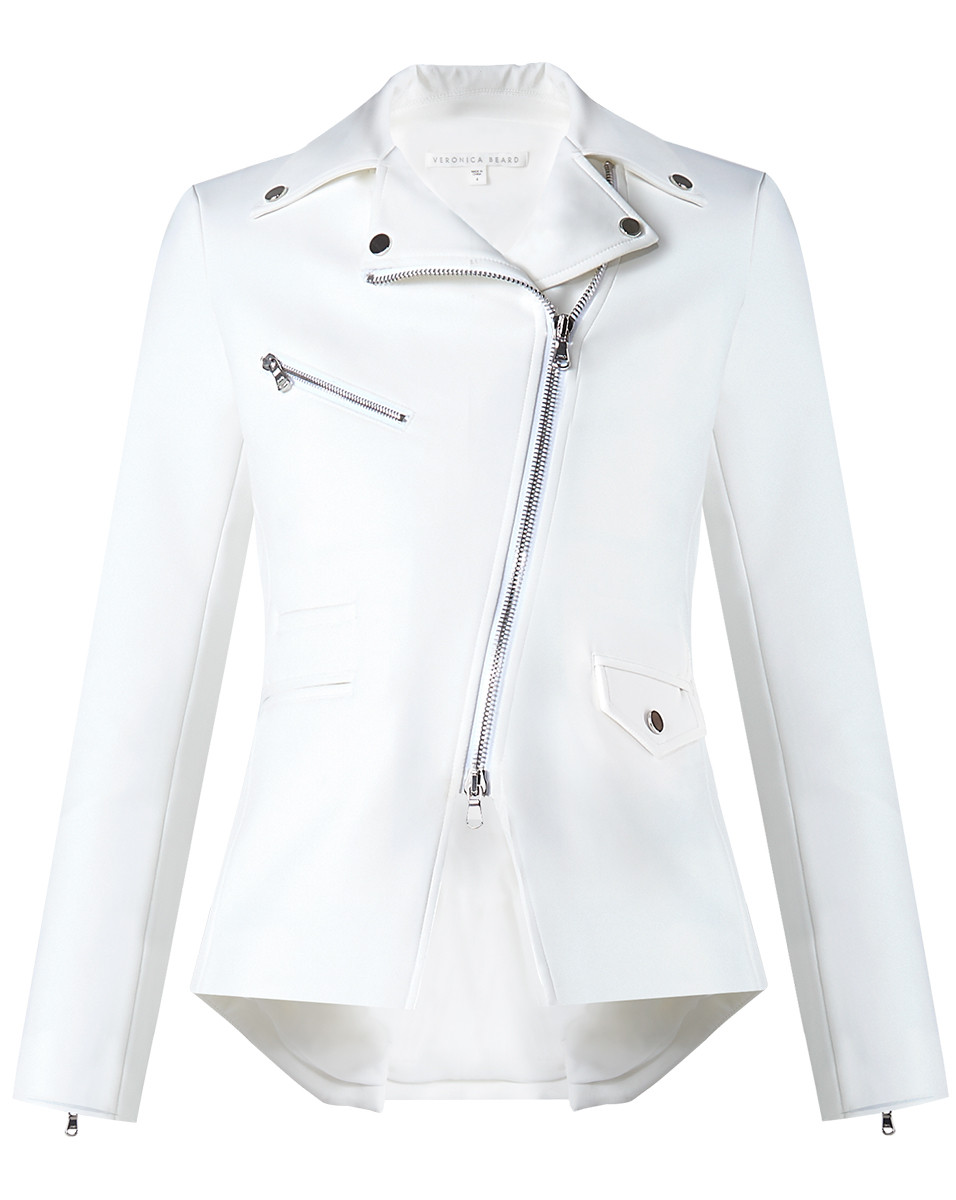 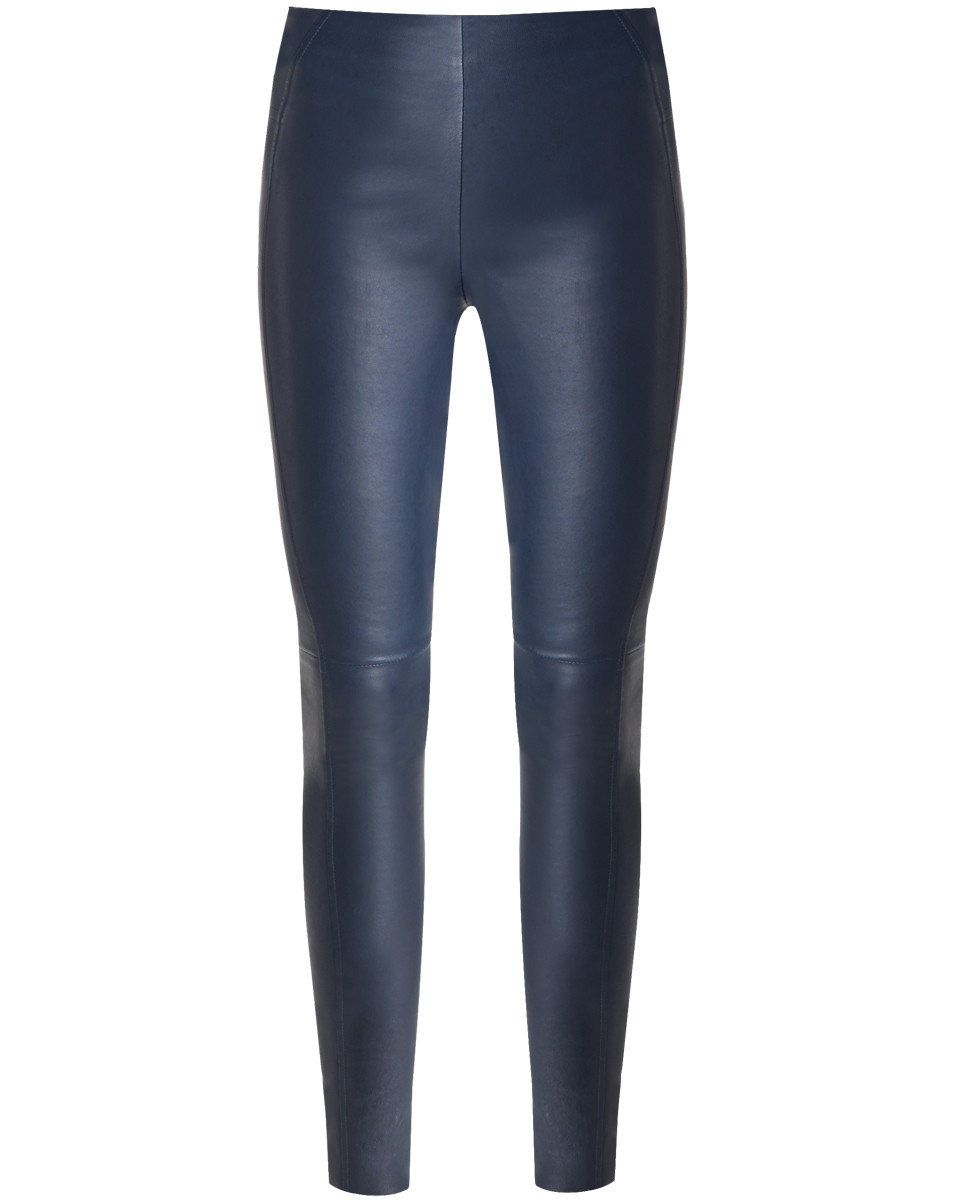 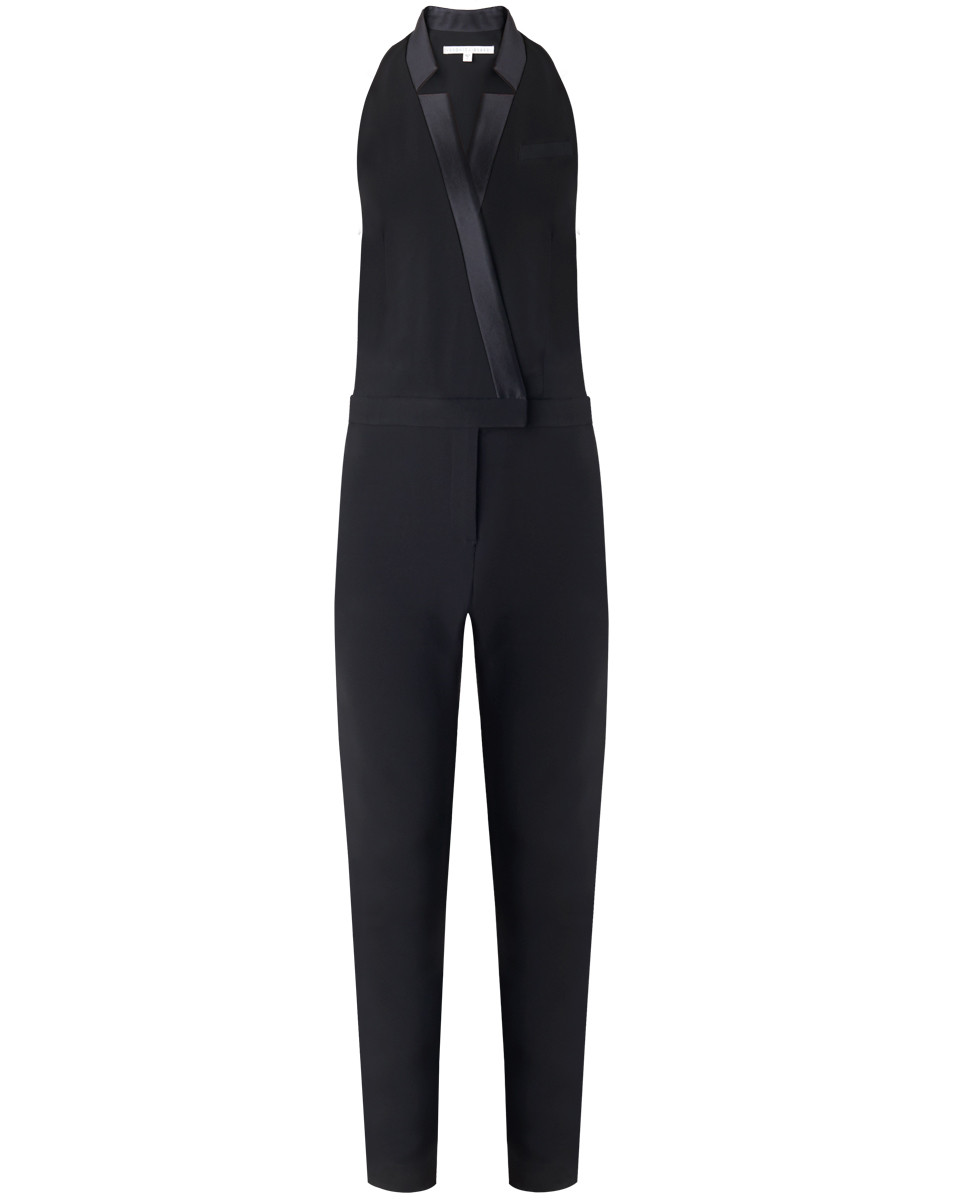 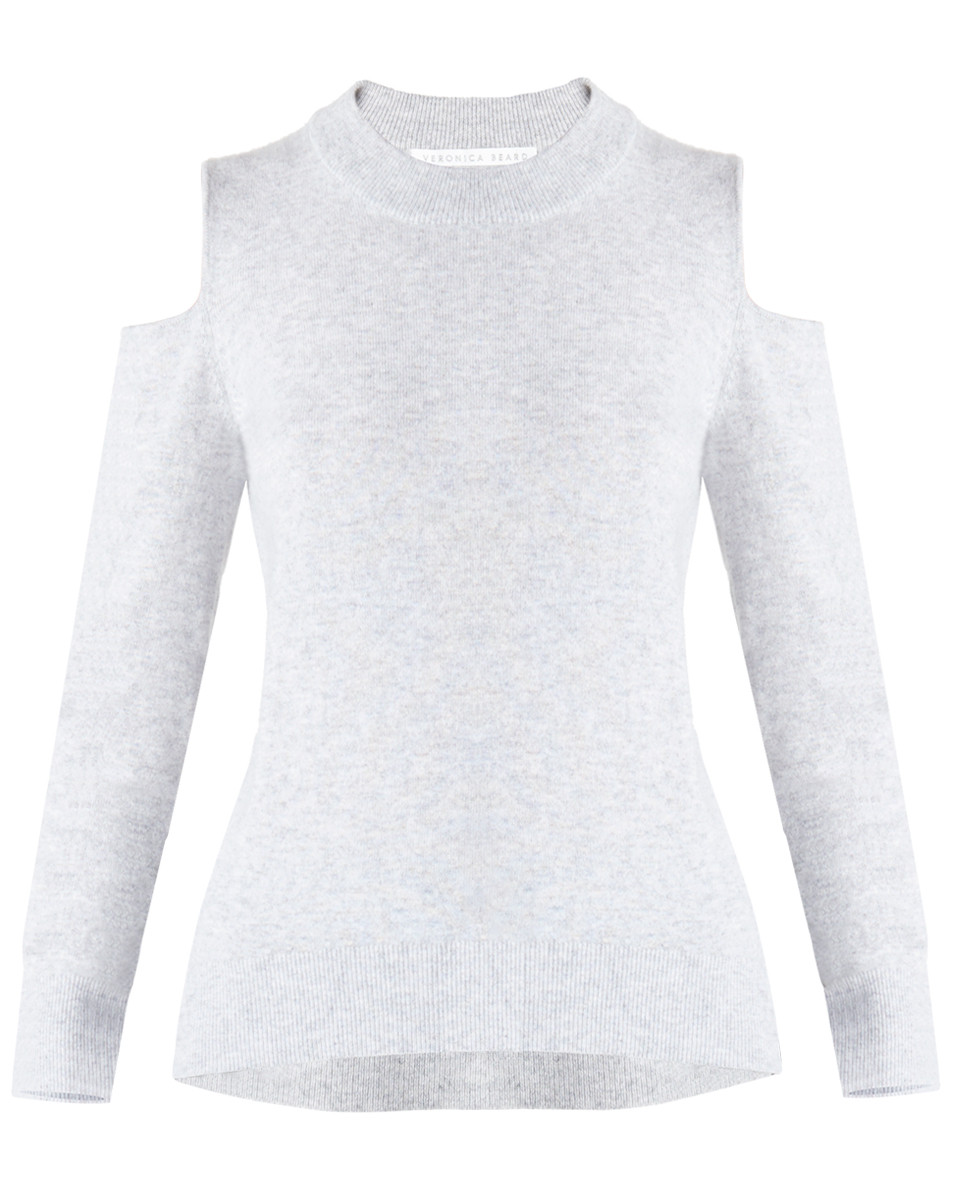