"Be Passionate, Be Genuine, Be Hard Working and Don't Be Afraid to Be Great."
Nancy's motto written by her son, Pete 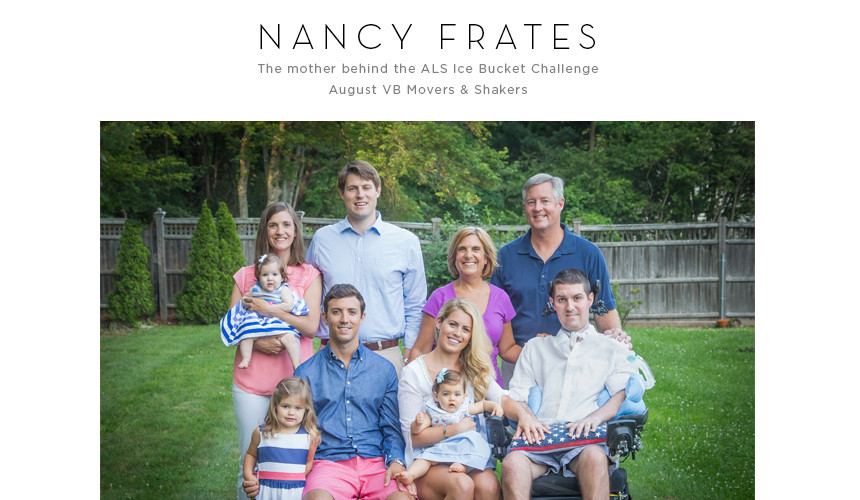 ALS, or Amyotrophic Lateral Sclerosis, is a progressive neurodegenerative disease that affects nerve cells in the brain and the spinal cord. Motor neurons reach from the brain to the spinal cord and from the spinal cord to the muscles throughout the body. The progressive degeneration of the motor neurons in ALS eventually leads to their demise. Lou Gehrig, the NY Yankee whose name is associated for the disease, gave his famous farewell speech in 1939. Since 1939, there has been no major progress in the fight against this disease. There currently is no effective treatment to stop the progression of the disease or a cure. An ALS patient’s prognosis is 2­5 years. Every 90 minutes someone is diagnosed and every 90 minutes someone dies from this disease.

How and why did you get involved with the ALS Association?

Upon my son Pete’s diagnosis, the local Massachusetts ALS Association Chapter reached out to us to lend support on many levels, including patient needs, and family and equipment assistance. As our journey continued, we became familiar with not only our local chapter but the association, nationwide. After the Ice Bucket Challenge aka “IBC” of 2014, I was asked to be on the National Board of Trustees of which I am currently a member. I am honored to be on the Board representing patients and families at the table.

Tell us about the Ice Bucket Challenge…

The IBC was an internet craze during the summer of 2014 for many causes. It wasn’t until Pat Quinn, a dear friend of Pete’s, in New York saw it on his FB newsfeed and called Pete that it came to be known as the “ALS Ice Bucket Challenge”. Pete and Pat took hold of it and made it their own by being purposeful, ​advantageous ​and strategic. They both had been building momentum in their respective communities and networks and knew THIS was the vehicle they would use to put ALS on the map! 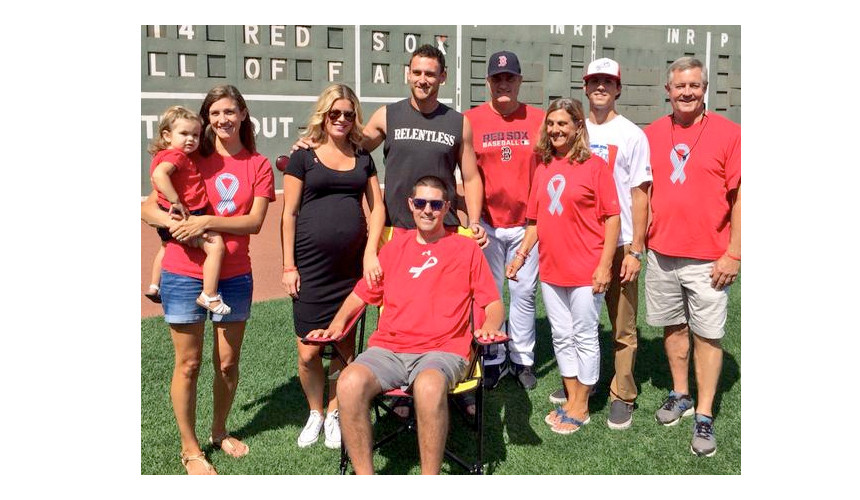 What are a few facts about the Ice Bucket Challenge we should know?

Over 17 million IBC videos posted to Facebook viewed over 10 BILLION times, “What is…?” ALS was the­ #1 in 2014 on Google Search, $220 million has been raised for ALS Association and peer organizations around the world.

Proudest moment during your advocacy and fundraising initiatives?

Opening day, 2015, Fenway Park when the Boston Red Sox signed Pete to a professional baseball contract fulfilling his childhood dream and now to have MLB and its clubs recognize ALS as their disease to support.

What is the next mile-marker for the cause?

#Every August Until A Cure ­ALSA Association continues to serve the ALS patient community with needed services while working hard through research grants to have this be the LAST August we have to do this.

What's one thing you cannot live without?

Other than the obvious, my family, it would have to be COFFEE