We are honored to support the Children's Brain Tumor Project as part of our ongoing #VBGIVESBACK program and will be donating $10 of every VeronicaBeard.com order in March to the cause. 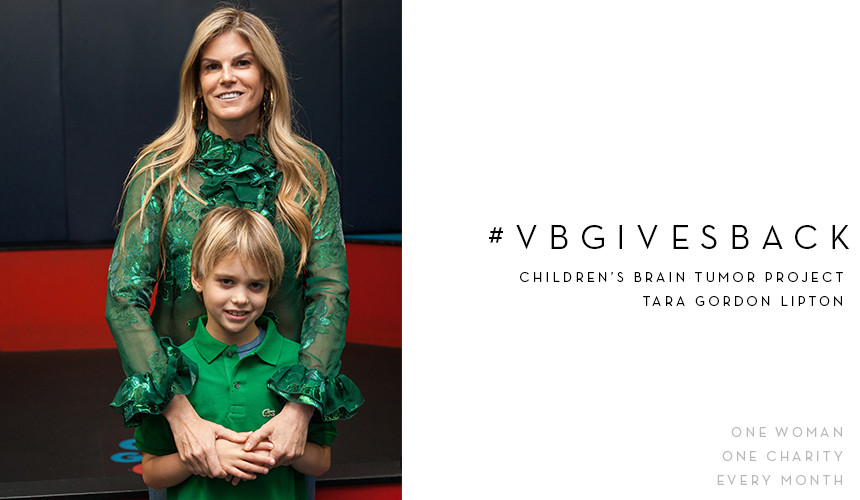 It was a routine eye exam that led to the discovery that Tara Gordon Lipton’s youngest child, Walker, had a brain tumor. Tara’s life, along with the life of her six-year-old son and the rest of her family, was turned upside down in an instant. Walker’s tumor was removed and followed up with an intense series of treatments that saved his life – and left a lasting impact on the Lipton family. Today, Tara continues to help others impacted by this terrifying diagnosis through work with the Children’s Brain Tumor Project, an organization working to better understand and treat rare and inoperable pediatric brain tumors.

Tell us about Walker’s diagnosis and the impact his diagnosis had your family?

Walker is my youngest of four children. He was six years old and as healthy as could be. Like any kid, he just loved having fun, being with his brother and sisters, going to school – there was absolutely no reason to imagine he had cancer.His diagnosis came as a result of his regular “well” visits with doctors. During his eye exam his doctor noticed something and called for an MRI. It was concerning, of course, but still… cancer? No. I never imagined that.

Yet, there we were. We found ourselves sitting in a room being told that Walker had a brain tumor. Walker was diagnosed with medulloblastoma, which was something I had never even heard of but soon came to learn that brain cancer is the most common solid tumor found in children, and that medulloblastoma is the most common of all pediatric brain tumors. From that moment on, our entire family was changed forever.

For me, I became fiercely protective of my child, stopping at absolutely nothing to ensure he was getting the best care. His tumor was surgically removed by Dr. Mark Souweidane, and Dr. Jeff Greenfield, Weill Cornell Medical Center, and he followed up with an effective, albeit brutal, treatment protocol. It was hell. I had to resist the urge to run away every day we walked into clinic, but then when the hospital doors opened to reveal hundreds of kids on the oncology floor I realized that I can never turn a blind eye to this shocking reality. I wanted to learn more about childhood cancer, and I vowed that once we got through our own journey, I would continue to help others impacted by the disease.

My poor boy suffered a great deal, but he survived, and he is able to bea kid again. He was too young to recognize the gravity of it all, buthe remembers almost everything. He remembers the other children he metalong the way, some who didn’t survive and some who still have a longjourney ahead, and I believe all of this will shape the man he becomes.

My other three children have become so philanthropic. They learnedthe brutal realities of life, and just how vulnerable we all are, at avery young age. I worried about them so much because I was unable togive them the individual attention they needed while Walker was in thehospital. I felt I was neglecting the rest of my family, but they wereall so amazing despite it all. I think this experience has opened theirhearts and inspired them to be more active to help others. They havebecome more selfless and mature because they saw how many other childrenare fighting these big battles – and I am so proud of them for allowingthat perspective to have a positive influence in their lives. 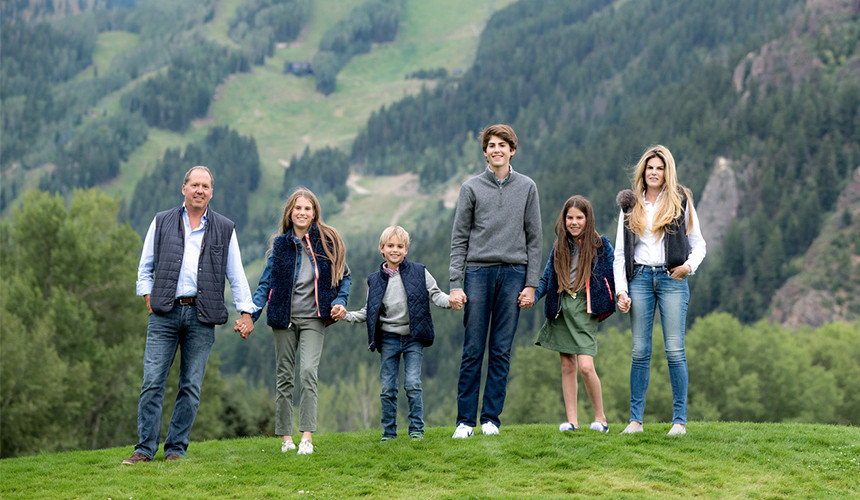 Myhusband, Hunter and I have only grown closer. We spent so many nightsworried about Walker and imagining the worst. Reassuring one anotherthat everything would be okay. When he had a bad day, I had to lift himup by being hopeful and positive. When I had a bad day, he did the samefor me.

When we learned that there are some brain tumors that are 100% terminal upon diagnosis we empathized for the parents who have no hope – after all, that could have been us. My husband is equally inspired to help, and he has been so supportive of my efforts to advocate for more research funding that will advance treatment options for children with rare and inoperable brain tumors. Zero percent survival?! We simply must change that statistic.

How did you get connected with the Children’s Brain Tumor Project?

If I was going to help, I needed to understand the current research landscape. I met with several different doctors to talk about their experiences with pediatric brain tumors, what they are doing in the lab, and what they believe is the best way forward to advance cures. After talking with Dr. Jeff Greenfield in particular, he showed me the lab he shares with Dr. Mark Souweidane and introduced me to the work being done at The Children’s Brain Tumor Project (CBTP). I was blown away.

I learned that there are so many different types of rare, often inoperable pediatric brain tumors, and so few researchers who are trying to find cures. They are considered orphan diseases, yet brain cancer causes the most cancer-related deaths among children. The diagnosis statistics compared against the lack of progress – it’s simply infuriating.

There is a huge funding gap to fill in pediatric brain cancer research because there is negligible funding coming in from government agencies or pharmaceutical companies. It’s the individual families and the smaller nonprofits focused on these unmet needs who are filling the gap – but it’s not easy. I’m so proud of how far they’ve come, and I am honored to be part of the team.

I was so inspired by Dr. Greenfield and Dr. Souweidane, because they are both pediatric neurosurgeons who are dedicating their research to address inoperable tumors. These are brilliant and highly skilled men who are used to a hands-on approach to fixing things, but after meeting so many children they simply couldn’t “fix” surgically, they decided to find other ways to help these kids. I couldn’t admire that more.

Not to mention the fact that I am forever indebted to them for saving my son’s life. I want to enable them to give that gift to more families impacted by this disease.

What is the organization’s mission?

The mission of theChildren’s Brain Tumor Project is to use every resource available tobetter understand the genetic basis for rare and inoperable brain tumorsin children and adolescents, and to design clinical trials andpersonalized approaches toward therapy.

Most importantly, theCBTP is collaborative. They share data and work with partners worldwideto take down the barriers that often preclude rapid clinical advancementand dissemination of information.

How is the CBTP working to improve the diagnosis and treatments of brain tumors in children?

In just six years, the CBTP lab has grown from a tiny initiative in borrowed space into a world-renowned research effort. For instance, Dr. Souweidane studies diffuse intrinsic pontine glioma (DIPG), an inoperable pediatric brain tumor with zero percent survival. His focus has been on finding a way around the blood-brain barrier, which prevents cancer-killing agents from reaching tumor in the brain.

Alongside Dr. Greenfield, who focuses on studying these tumors at the molecular level, they are investigating a wide range of often neglected pediatric brain tumors including thalamic tumors, gliomatosis cerebri, ependymoma, medulloblastoma, choroid plexus carcinoma and atypical teratoid rhabdoid tumor.

In the research community, it is widely known that traditional protocols (chemotherapy, surgery and radiation) often fail these children, and alternative options are extremely limited.That’s why they focus on new, innovative alternatives such as precision genomics, drug delivery methods, immunology and developmental neurobiology. They study these tumors from all different angles to accelerate progress and save the lives of children.

Why is it important to you to continue being involved in the Children’s Brain Tumor Project?

My story has a happy ending. I realize just how lucky we are because too many families do not have the same outcome. That needs to change, and the work they are doing at the Children’s Brain Tumor Project is helping to drive that change. It’s as simple as that. 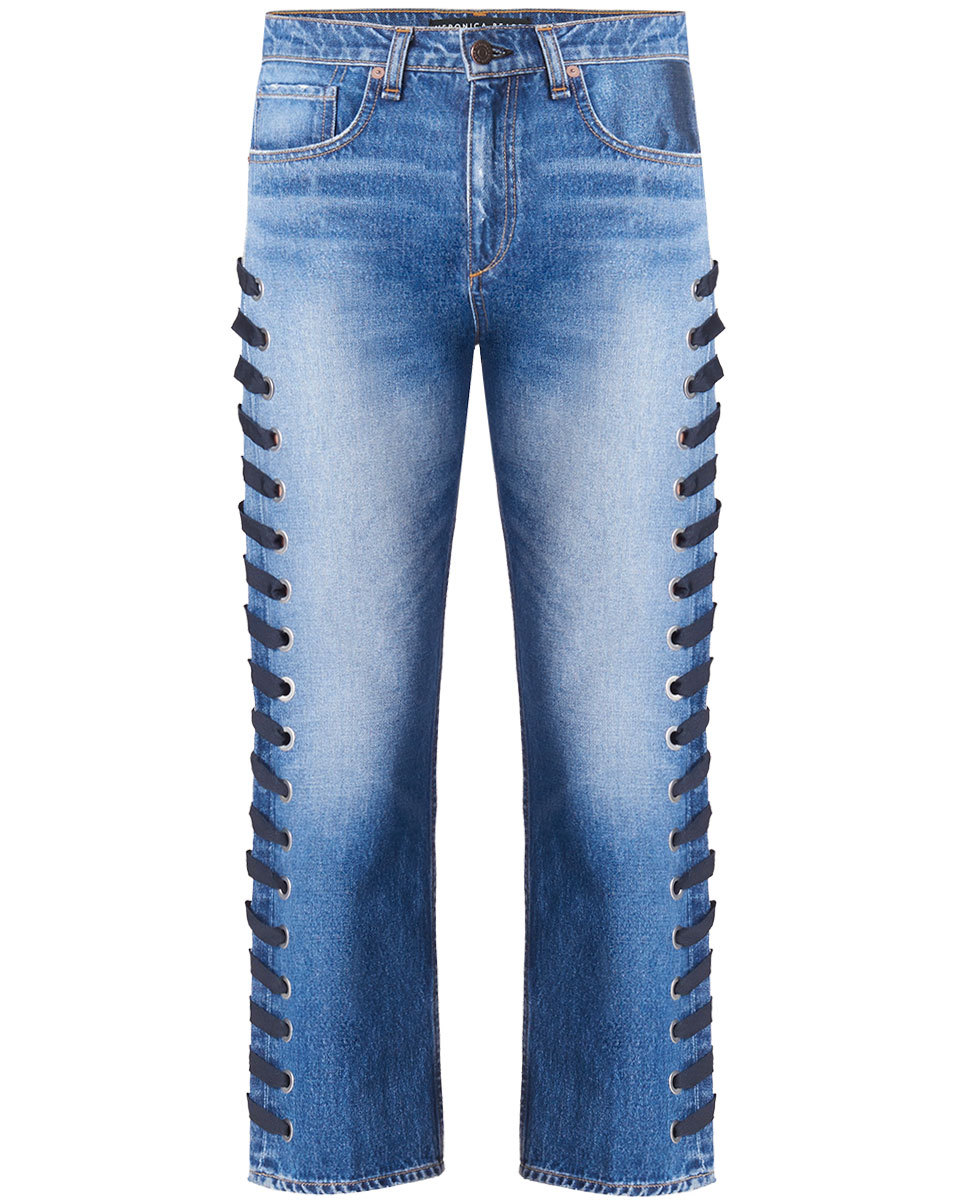 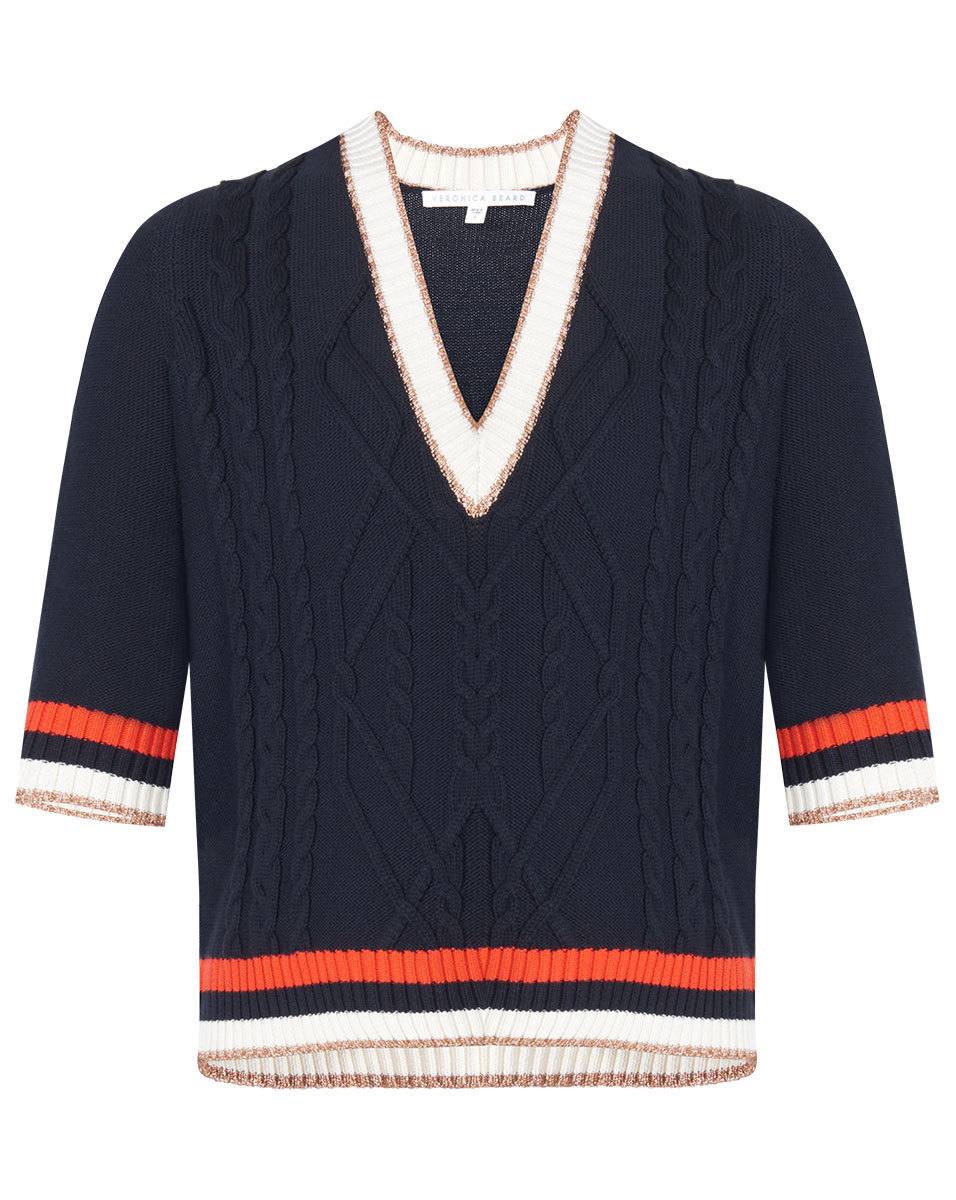 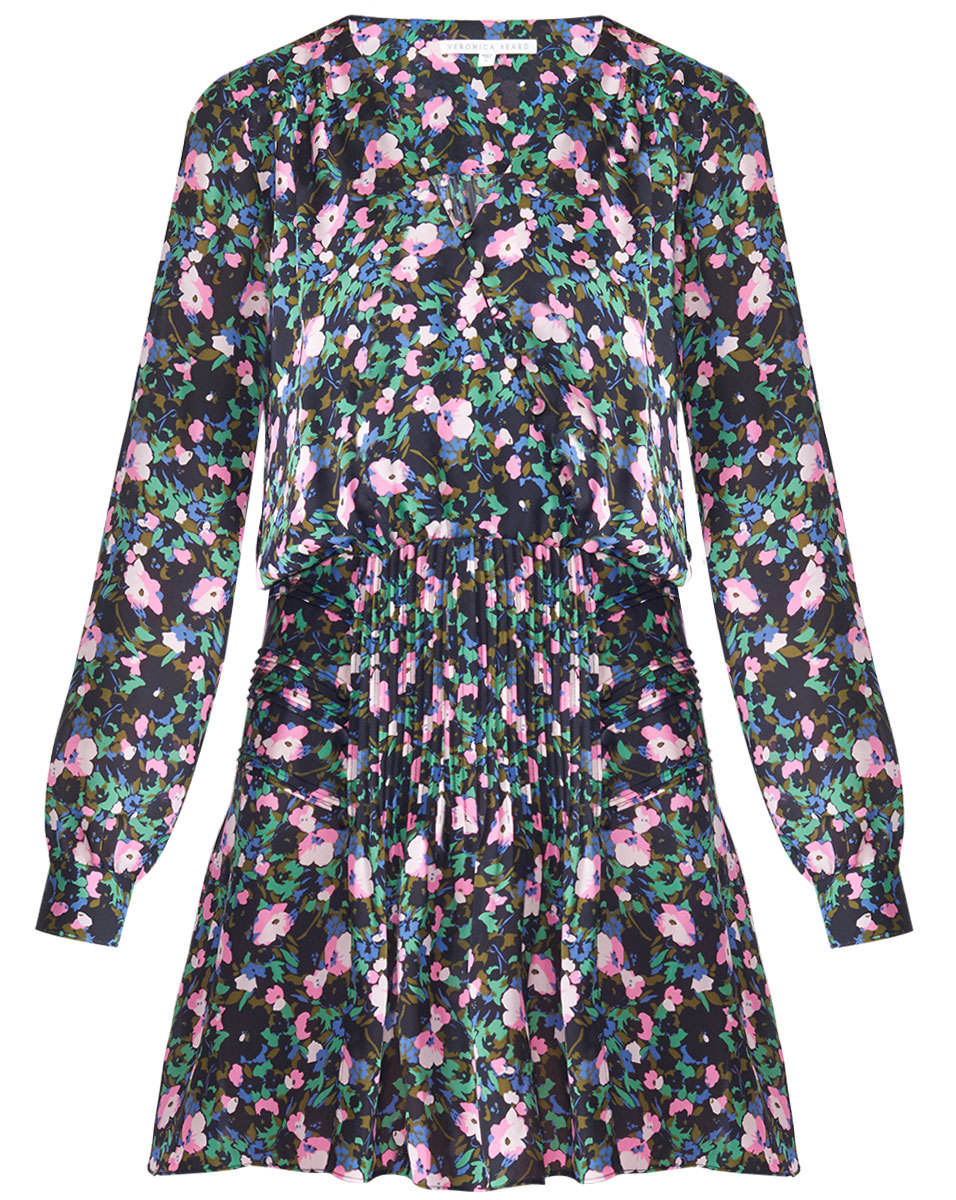 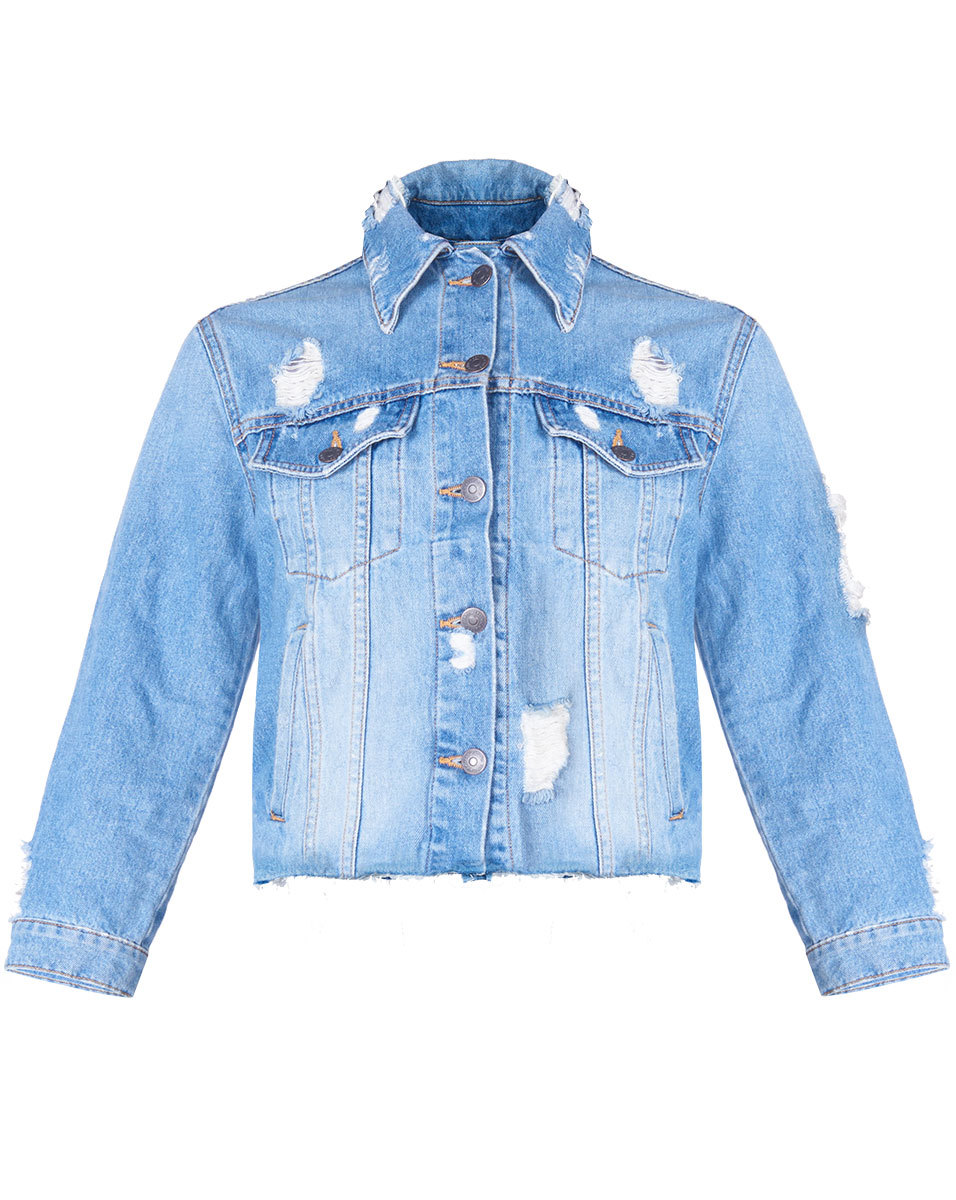